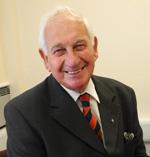 In a rare move, a planning application which had been approved by North Warwickshire’s Planning Committee will now to be reconsidered by the Full Council. The application for 120 new homes off Spon Lane in Grendon must go to the full council as the result of a motion by Labour Councillors who have opposed the development.

The application, which was passed after all Conservative Councillors voted in favour of granting planning permission would have seen a ‘phase 2’ to the newly constructed Bellway site with the addition of 120 new homes. Labour Councillors have now invoked a part of the Council’s constitution called ‘minority report’ to force the application to go to Full Council. Grendon’s own Conservative Councillor, Andy Wright, did not attend the meeting. He has now missed two opportunities to throw out this damaging proposal.

Labour Councillors voted against the application, citing the congestion on the A5 and the rural nature of Grendon as a reason for opposing large scale development.

“This application offers nothing for Grendon. It would be the beginning of the end for a rural village and would see us end up as one big urban sprawl stretching from J10 M42 to Atherstone.

“I oppose this site because Grendon has taken its fair share of new housing. The A5 can not cope and there are no major services locally. The Council should be looking to build a new settlement for new homes on this scale, not dump them in existing villages.”

“This is an unprecedented move to refer an application to Full Council. It’s certainly not been done in the last 20 years but this move shows how serious Labour Councillors are about protecting the green space around existing towns and villages. If the Council wants to build the 9700 homes it plans to, then we believe the only sensible and sustainable way to do this is to build a new settlement.

The decision will now be taken at the Full Council meeting to be held on 21st February 2018 at 6.30pm at the Council House in Atherstone. The meeting is open to the public.