Planning Application for 70 homes in Ansley Village Turned Down 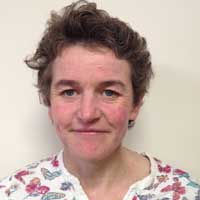 A planning application that would have seen a further 70 homes built on land east of St Lawrence Road in Ansley Village has been rejected by North Warwickshire Borough Council.

“I’m extremely relieved that the Council has refused this application. Ansley Village has already taken its fair share of new housing. These extra 70 homes would have been a step to far. Not only do we not have the infrastructure for nearly doubling the size of the Ansley Village but more crucially, we are a rural Borough, we choose to live in a rural setting, not a concrete jungle.

“Our countryside is so important to our way of life and to those of people in our existing settlements, our towns and villages are historic and rural. We need to try and keep it that way.

“Unfortunately this is not a simple as case closed, it’s highly likely that the applicant will now appeal to the Government. Unlike last time, I hope the Government listen to local people and local Councillors.

“It’s reassuring that every single Labour Councillor opposed this development and that most of the Conservative Councillors did as well, acknowledging the detrement of this application, on top of all of the others, would casue. Let’s just hope, that when it goes to Government, they support us.”