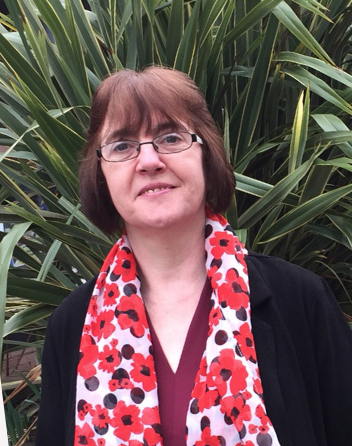 The Labour Party have selected Julie Jackson to contest the North Warwickshire and Bedworth Parliamentary seat at the general election on June 8. If elected, she would be the first woman MP for this constituency.

“This is an election between a strong woman and a weak man. And I am not talking about May or Corbyn.  This is about getting the best local MP for North Warwickshire and Bedworth. I am a strong, straight talking, moderate, traditional Labour woman. Frankly, as an MP, Craig Tracey has been weak and ineffective. Few people know him. He has little to say. I believe people deserve the chance to vote for someone who has the energy and commitment to do the job properly.”

Julie Jackson has begun her campaign by speaking bluntly about her leader.

“The Conservatives have insultingly called me a Corbyn Candidate.  I am my own woman and I take orders from no man.  I will be an independent thinker, who puts local people first. If the polls are right and the Conservatives stay in government, I believe Britain needs a strong opposition – not a blank cheque for the Conservatives. I want to play a part in building a stronger Labour Party after this election.”

Julie has been strongly supported by previous Labour MP and Minister, Mike O’Brien. Mike is now a barrister in Birmingham. He said,

“I have known Julie for over 30 years.  She is a strong and independent thinking, straight talking, local woman who would be a very effective MP. We not had an MP for two years. Craig Tracey is amiable, but hopeless.  This election is not about Corbyn or May, it’s about getting a decent local MP. Julie would do a great job for us.”

Julie Jackson is very much the local candidate, having been brought up in Bedworth, attending local schools. An English graduate, Julie lives in Dark Lane, Bedworth Heath with her husband, Ian, and her three daughters. She is a borough councillor and the chairperson of North Warwickshire and Bedworth Labour Party.

From personal experience, Julie knows about the pressures on NHS staff because her family use local services like George Eliot Hospital. She says,

“The Conservatives tell you the NHS is okay, but I know that’s untrue.  Waiting lists are worse, the local hospital has a massive debt and many staff are at their wits end because of privatisation and cuts.”

Labour has been critical of the stance that the Conservative MP Craig Tracey has taken on local  housing development.

“He votes one way in Westminster and pretends he’s done the opposite here. I promise that I will not vote in Westminster for Conservative laws allowing unfettered housing development, then return to the constituency to pretend I oppose those developments. Mr Tracey is well known for doing that, and I despise it. I will own my votes in Parliament.”