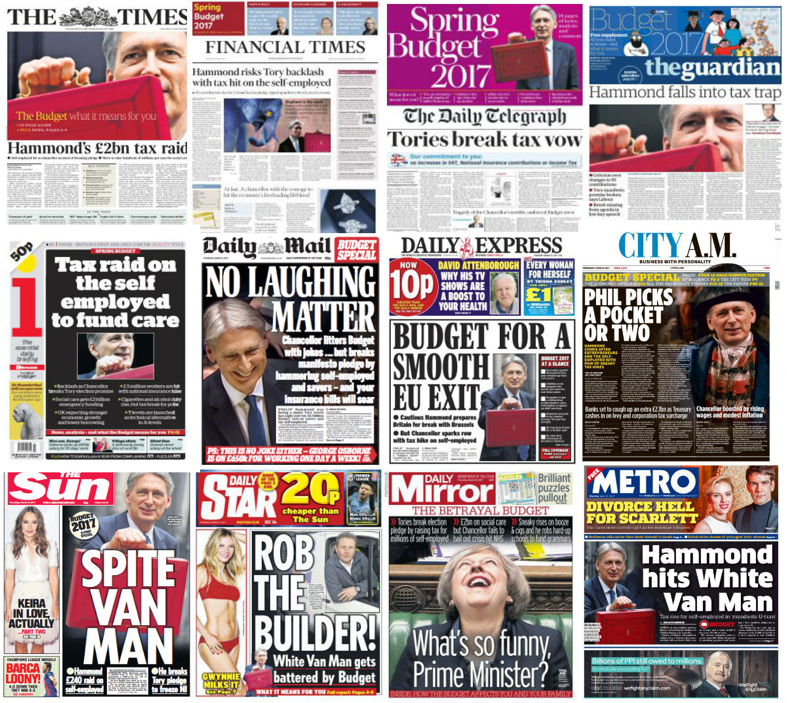 The first budget by the Chancellor Philip Hammond has unravelled spectacularly within minutes of delivery.  He appeared to haveforgotten that every Conservative MP had been elected in 2015 on a clear manifesto promise not to increase National insurance because his Budget proposed substantial National Insurance increases for 2m self-employed people over the next three years.  Conservative MPs will now be ordered to vote against their own manifesto pledge. This will place enormous pressure on MPs in marginal seats like North Warwickshire and Nuneaton.

Mike O’Brien, Labour’s North Warwickshire Candidate in 2015 said, “This is a slap in the face for voters. The Tories promised not to increase national insurance. Now, by voting for national in insurance increases, every Tory MP knows that they are breaking their word. Bluntly, they will be proven liars. People will never trust them again.”

Cllr Adam Farrell, Leader of the Labour Group on North Warwickshire Borough Council said, “This Budget does nothing for local people, except increase their taxes.  Thousands of local self-employed people and hundreds of pensioners who own shares will get tax rises. Local people will get nothing in return. I challenge the Tory MPs for this area to either keep their promise by voting against the Budget or to admit that they were dishonest in 2015.”