Could parking charges be introduced across North Warwickshire? 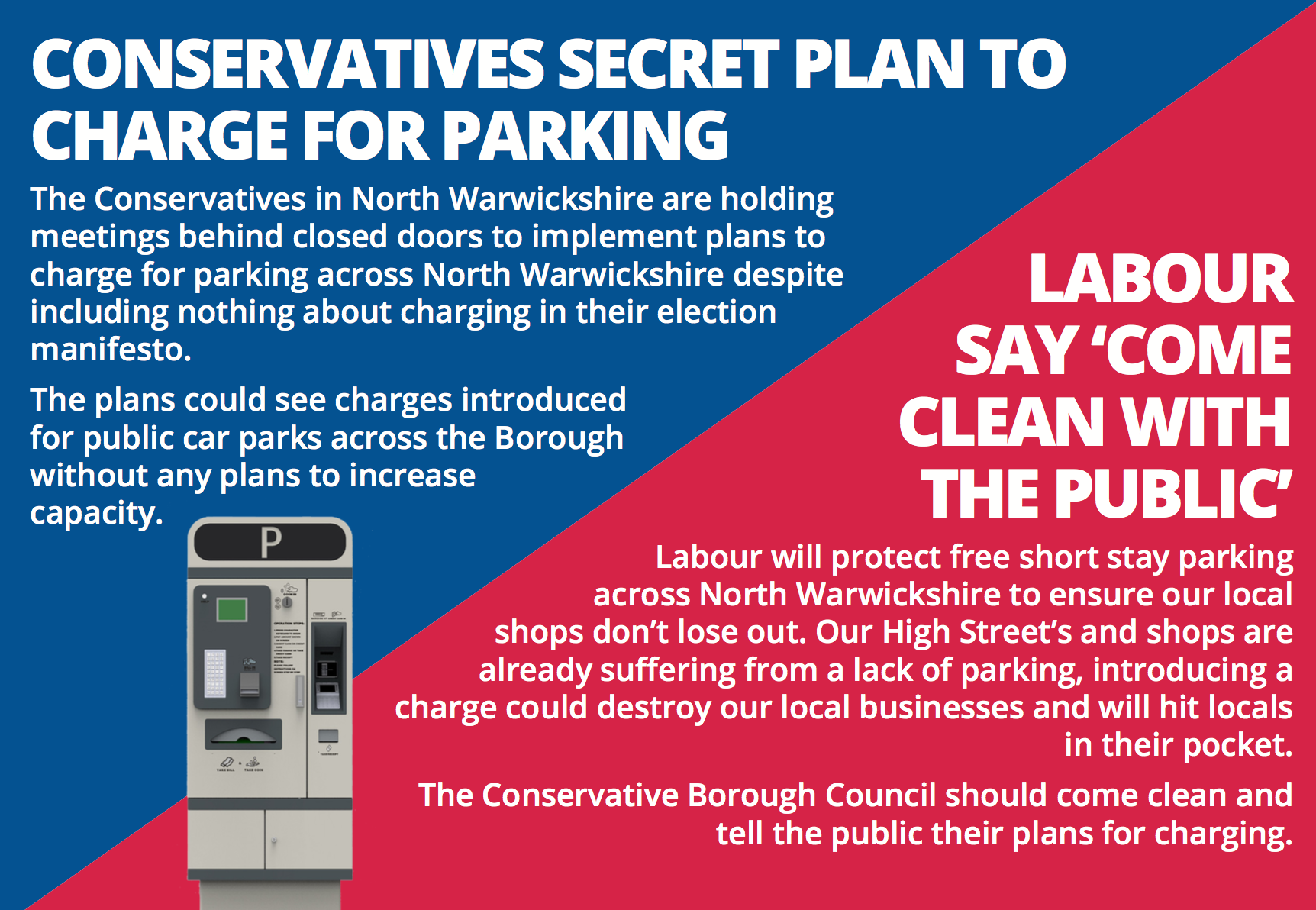 Secret plans to introduce parking charges in North Warwickshire are being discussed by the Conservatives who run NorthWarwickshire Borough Council.

Labour Councillors have spoken out about the plans after the Council’s Conservative Deputy Leader launched an all-out attack on their scrutiny of the plans.

“The Council has been considering the introduction of traffic wardens for some time now. Labour don’t dispute the need to enforce parking, both on and off street. However, we’ve always believed that North Warwickshire also needs additional parking spaces, particularly in areas like Atherstone, Polesworth, Dordon and Coleshill. You have to deal with enforcement and capacity at the same time.

“Now the idea of charging for parking in the borough has been raised by the Conservatives. As a Councillor I felt I had the right to question the policy and to ask, on behalf of the residents I represent, what the thoughts of the Conservative Council are on this issue. I was verbally shot down by Councillor David Wright, the Conservative Deputy Leader. He told me not to release this information to the public.

“I think the public have the right to know what the plans for parking are. They are not legally confidential and therefore I am free to tell the residents of North Warwickshire that the Council is discussing charging without talking to the local businesses and people.”

“This is a common theme at Conservative run North Warwickshire Borough Council. They discuss things behind closed doors, make a decision, then have a pretend consultation before implementing the exact same decision they made in private.

Councillor Wright should be talking to businesses and local residents in Atherstone and across North Warwickshire before he starts charging people to park. He shouldn’t be afraid of scrutiny, he should welcome the opportunity to talk to locals about how the Council can improve parking and enforcement. It’s not easy, there is no golden bullet. Councillor Wright would however do well to remember he isn’t in Westminster, there’s no need for his childish rants. I know he’s new to the role and lacks experience but this sort of discussion requires a grown up and open discussion. I hope he now starts that process.”