Conservative Councillors fail to show up 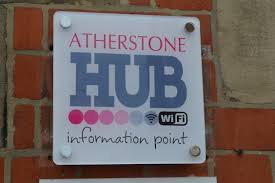 Conservative Councillors have been criticised for failing to attend a regular meeting at North Warwickshire Borough Council to discuss the local foodbank and access to services.

The meeting, scheduled for 13th December had been planned for some time and was set up to discuss food banks, supporting those on Employment Support Allowance and the community hub project.

“It’s disappointing that all four Conservative Councillors who are on this task and finish group did not turn up. It’s not unusual for people to be ill, or running late but for all four not to attend is really sad. The two Labour Councillors who sit on that group were ill but we sent two other Labour Councillors in their place because I recognise how important this subject is.

This is an important meeting discussing issues that really do have an impact on the most vulnerable in North Warwickshire. It’s disappointing the Conservative leadership didn’t follow my lead. I know they’re new to the Leadership role but to ignore this important subject shows their inexperience. I hope they learn from this.

The foodbank, community hubs and access to services project was set up by the previous Labour administration. We thought it was important then and we think it’s important now. I invite the Conservative Leadership to follow my lead and recognise the importance of our foodbank and community hubs.”