Crime up in North Warwickshire 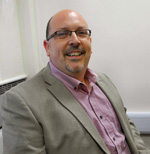 Crime figures for the period spanning April -; August 2016 have been released in North Warwickshire and show a 5.9% increase intotal recorded crime.

In more positive news, theft from a vehicle and crimes classed as burglary ‘other’ are both down along with criminal damage and arson which fell by over 7%.

“These figures present a mixed picture for North Warwickshire. We are still a relatively safe place to live and have lower crime figures than the national average. It is however concerning that crime is rising overall. Yes, the Police have changed their recording procedures for certain offences but the fact that other types of crimes are increasing as well is worrying and it’s important we get a grip of this really quickly. In certain areas of our Borough we are seeing particularly worrying increases -; Atherstone, Dordon, Hurley and Wood End have all seen sharp increases in crime.”

Our Police Officers do a fantastic job day in day out. They are on the frontline of the fight against crime in our Borough but they need more support and more resources. With fewer officers, no Police Station, the street lights off at night and a reduction in the funding available to our Police, its no surprise that they’re stretched.

I hope these figures provide a bit of a wakeup call to the new Conservative Police and Crime Commissioner. He’s been in post since May and in the first quarter of his time in office, crime rose by 5.9% – not a great start.

I’d urge people to do all they can to help our local Police and community. Report all incidents to 101 or 999 in an emergency, get involved in North Warwickshire Neighbourhood Watch and sign up for crime alerts online today – http://www.nwnhw.co.uk”