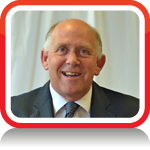 A Borough Councillor Cabinet member has criticised MPs Marcus Jones and Craig Tracy for refusing to attend the Council ScrutinyCommittee scheduled for 8 December to discuss local concerns about illegal traveller camps.  The Borough Council has had to take lengthy and expensive court action to remove camps, but the camps keep appearing.  Councillors are angry at the MPs for refusing to create new council legal powers to deal with illegal camps. Recently the MPs have given excuses for not attending scrutiny meetings to discuss the issue. Councillors have offered dates, but the MPs have said they are unavailable.

“These MPs not doing their job. They get £74,962 a year, plus massive expenses to make the problems facing local people their top priority.  Local people demand new laws to tackle these illegal camps, but these two MPs won’t even attend a public meeting to tell people what they are doing.

“The MPs give us pathetic excuses for ducking the issue. MPs are paid to make laws, we need those laws and they do nothing. Marcus Jones is a junior minister in the department dealing with this but he has sat on his hands. I want to know why?

“These two MPs are holes in the air. They do nothing and have no excuse for doing nothing.”

Originally the council identified 8 December as a day when there was little business in the House of Commons Chamber and called a scrutiny committee meeting in Nuneaton to publicly discuss the illegal camps. The MPs representing Nuneaton and Bedworth insisted that Westminster business on Scottish affairs was more important. As a compromise the council offered 2 December, a Friday and day when MPs are in their constituencies, but Marcus Jones again refused saying he had a surgery. Craig Tracey was uncontactable. Cllr Lloyd said:

“I could not believe it with a month’s notice Marcus Jones and Craig Tracey are putting Scotland before Nuneaton and Bedworth. I am sure that to people in Scotland this is important, but residents across our borough will be angry. These MPs could easily come. Their excuses have gone on for too long. They must justify their big salaries by getting Parliament to make the laws. It costs council tax payers tens of thousands of pounds and long delays in courts each time we try to move an illegal camp. Despite being originally contacted in October, they have now recently said that they want to hold court on 9 December. This is despite plans already in place with all of the other agencies involved such as Police and the County Council for the 8 December. These guys need to sort out their diaries and come and tell us when we will get the power we need. “

A court application must be made to evict an illegal camp. Nuneaton and Bedworth Borough Council have a team ready to quickly issue proceedings, but cases are often delayed by adjournments and costs have escalated. Parliament has faced demands from councils across the country to act.

“We have created the required legal sites for Gypsy’s and travellers and we were happy to do that. But, having done that, we need MP’s to act on the powers to move illegal camps sites promptly.  The MP’s should attend the meeting on 8 December to tell us when they will act in Parliament. They should stop ducking meetings.”

Despite the non-attendance of the MPs, the meeting, which is being held to scrutinise the council’s performance in dealing with illeagal encampments is due to take place on 8 December at the Town Hall in Nuneaton. Members of the public are encouraged to attend. All other agencies including the County Council, Police and Police and Crime Commissioner will be in attendance.