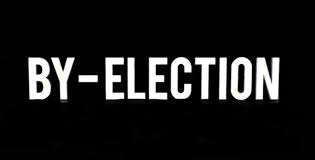 A Conservative Councillor has resigned from North Warwickshire Borough Council after just 15 months as the representative for theArley and Whitacre ward.

Councillor Andrew Watkins informed the Council earlier this week of his decision to resign with immediate effect.

“I wish Andrew Watkins all the best. He was actually my teacher at school and he’s a nice guy but for some reason he clearly didn’t want to do this anymore.

It’s very regrettable because this will cost the Council a lot of money to run a by-election. That money could have helped to run public services in his ward of Arley and Whitacre. It was a ward the Conservatives never expected to win last May and it really does send a lesson to anyone thinking of standing for Council, be prepared to win!  Arley and Whitacre residents will be feeling let down.

Over the past 15 months the Conservatives have given Arley a pretty raw deal. They tried to close down the local Sports Centre and then spin a closure during the day every weekday as some kind of present to local people. It’s anything but!