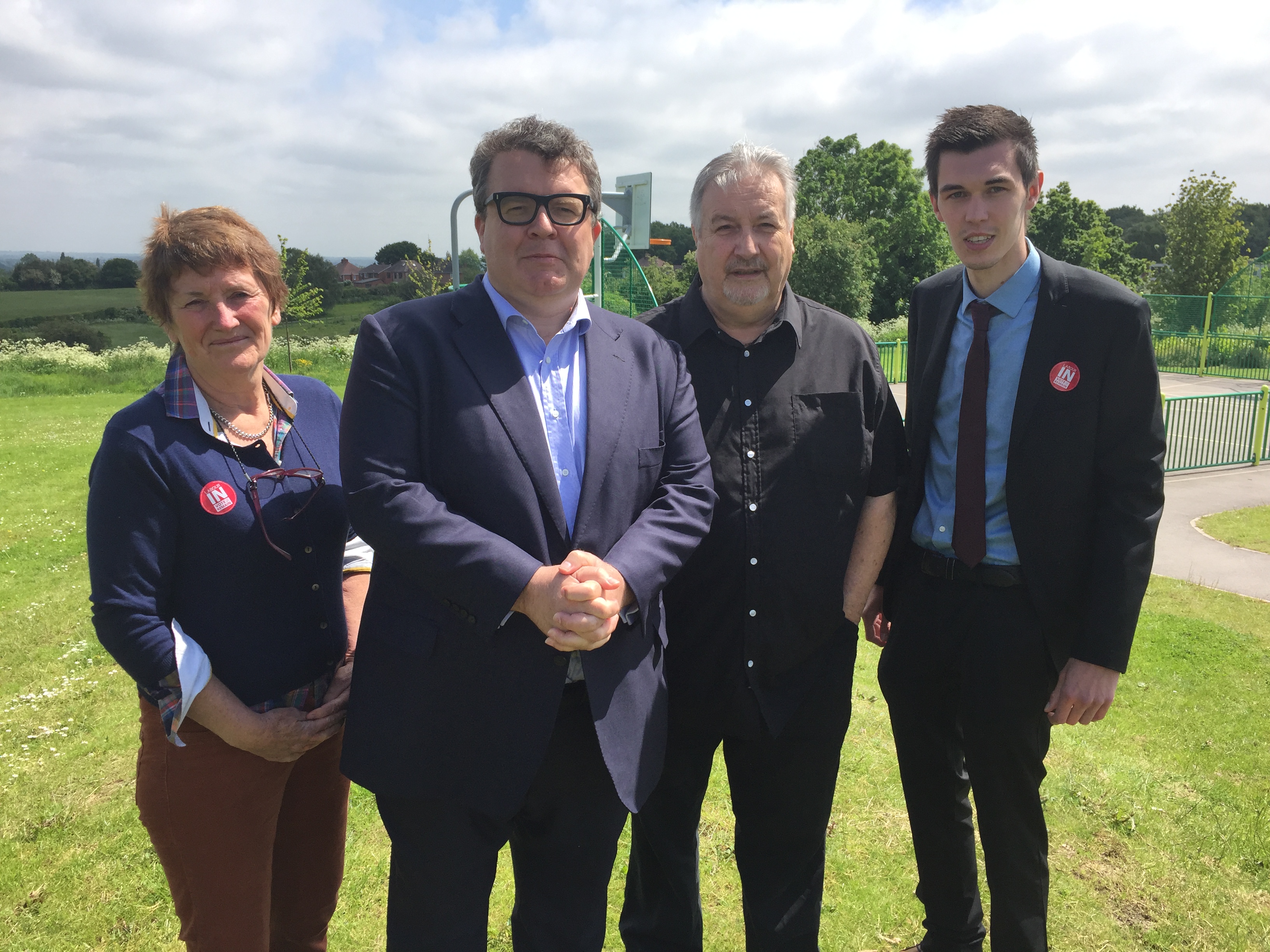 Yesterday Deputy Leader of the Labour Party Tom Watson MP visited the multi-use games area (MUGA) in Dordon, North Warwickshire alongside Councillors Adam Farrell, Jacky Chambers and Peter Morson ahead of the EU Referendum on 23 June -; a project that has received £100k in EU funding.

Tom Watson MP visited Dordon to see the new sports facilities on Long Street that received a grant of over £100,000 from European Leader funding.

On his visit to the multi-use games area at Dordon, Tom Watson said:

“It’s great to see in person exactly what European funding has delivered on the ground for local people.

“Labour councillors in Dordon have done a brilliant job to secure this funding for this terrific outdoor space and it is clearly very popular with local children.

“When local people go to vote on 23 June -; they should think about projects like the multi-use games area in Dordon -; where they can see direct EU funding in action. The EU has directly funded over a million pounds of projects in the North Warwickshire villages over the last few years, and another million of funding has been secured.

“Funding like this means villages can have the great new facilities like I’ve seen today -; but the funding also supports community hubs, village shops, libraries, wildlife trails and a host of other really positive things.

“All of this could be jeopardised if Britain votes to leave on 23 June, which is why I’m saying to local people to vote to remain on 23 June.”

“It was great to be able to show Tom the positive impact the EU has had in North Warwickshire. The investment at Dordon is just one of over 50 projects in the Borough that has had EU funding over the last couple of years. You’ll struggle to find a single village in North Warwickshire that hasn’t got a community facility not improved by EU funding.

“Tom spoke with local Labour members and Councillors as well as some of the young people at the park about the positive difference the EU makes in Britain.”