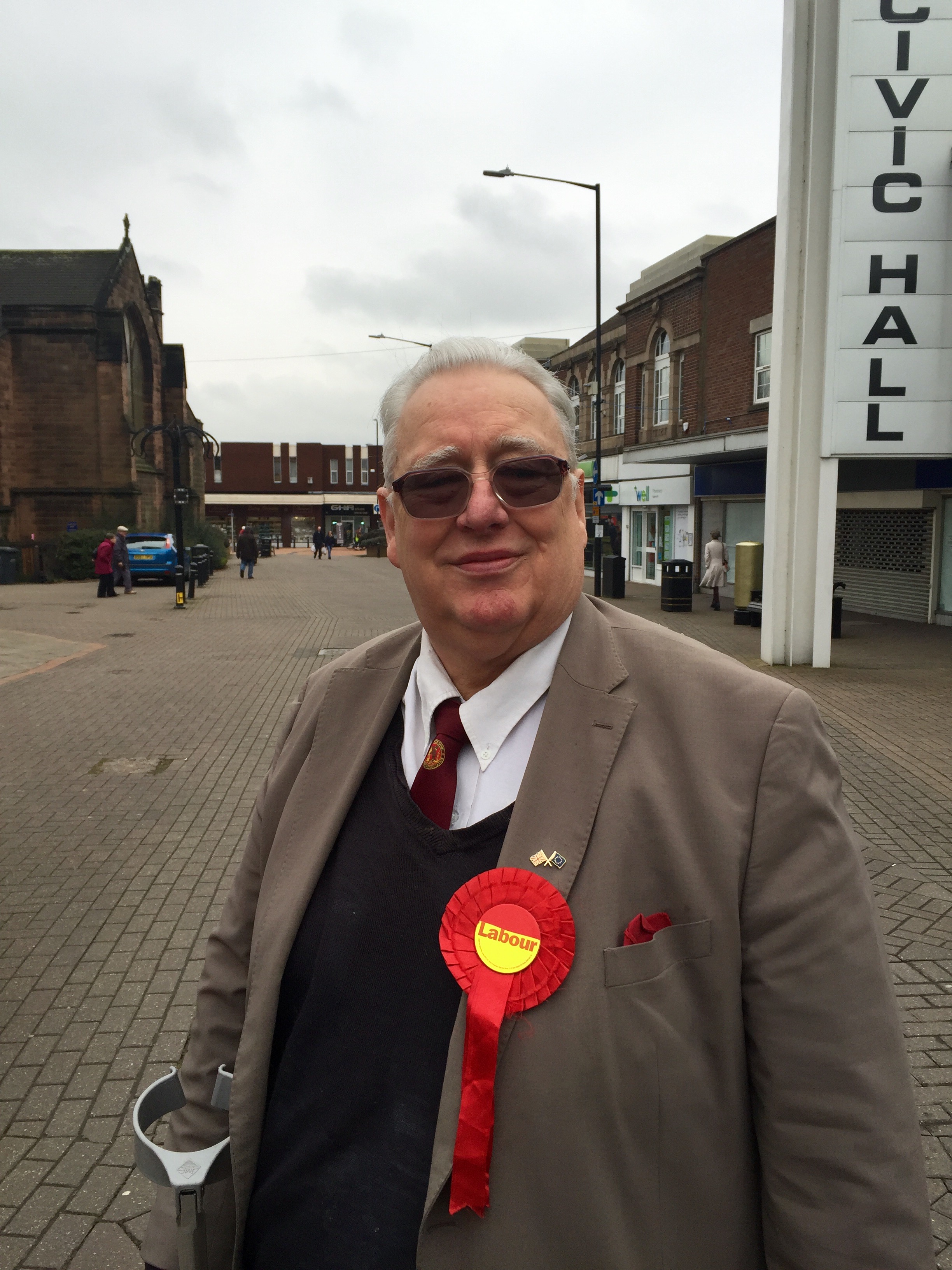 John has lived in Bedworth since 1965, he is an ex miner and taxi driver. As a local Councillor John has represented the people of Bedworth for some 30 years. His commitment to our community is second to none, and he has been a school governor in Bedworth for 32 years.

“Since the loss of the last election the Labour party has had to adjust to the current political situation and I would argue have moved away from consensus politics to conviction politics. Something I feel more comfortable with, rather than trying to find the middle way which the last Coalition Government failed to do. We now have the opportunity to fight against the so called age of austerity. We have as a party locally fought against the privatising of our hospitals also  the run down of local services. Whilst we have done so to the best we can, the fight continues.  If anybody thinks the battle is over or lost better think again.

All my political life I have fought for the ordinary folk in Bedworth. I have the background and knowledge to continue that fight. Someone has to realistically stand up and say enough is enough. Working with my fellow Labour Councillors  we will rise to the challenge.”

“I was growing up as the NHS was coming in to being and I know that my family could not have afforded most of the health care I had as a child or for me to stay on at school and go to college as I am one of the post war generation who benefited from a Labour government. We all know that we live in times when services like these are being cut back making it very difficult for young people, especially, to make their way.

Having somewhere proper to live is also becoming a distant dream too for many families as housing becomes affordable to fewer people.

These are big issues but what we do at local level is vital.”

Georgina was born in George Eliot Hospital and lives locally in the borough. Georgina is proud of her working class background,with her father a local factory worker and her mother a former teaching assistant and carer. She grew up in a council house and understands how vitally important local services are to residents. 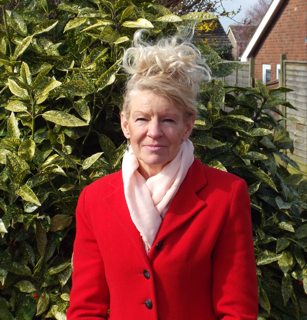 I have lived and worked in the borough for over thirty years.  My children were born at George Elliott and educated in local schools.
I have worked in pre-schools, primary and secondary schools in the area.  I am proud of the many excellent local facilities such as the swimming pools, Civic Hall, Abbey Theatre, parks, museums and the local markets that both Bedworth and Nuneaton have.

Over the last four years I have served the people of Slough ward.  Tony Lloyd and I have ensured that major repair works to walkways and canopies were completed on the Mount Pleasant Flats and Lydgate Court.  Tony and I have also supported the residents’ campaign against the application to build on land on Arbury road.  We are also proud of the new up-to-date care home we now have in Bedworth town centre. 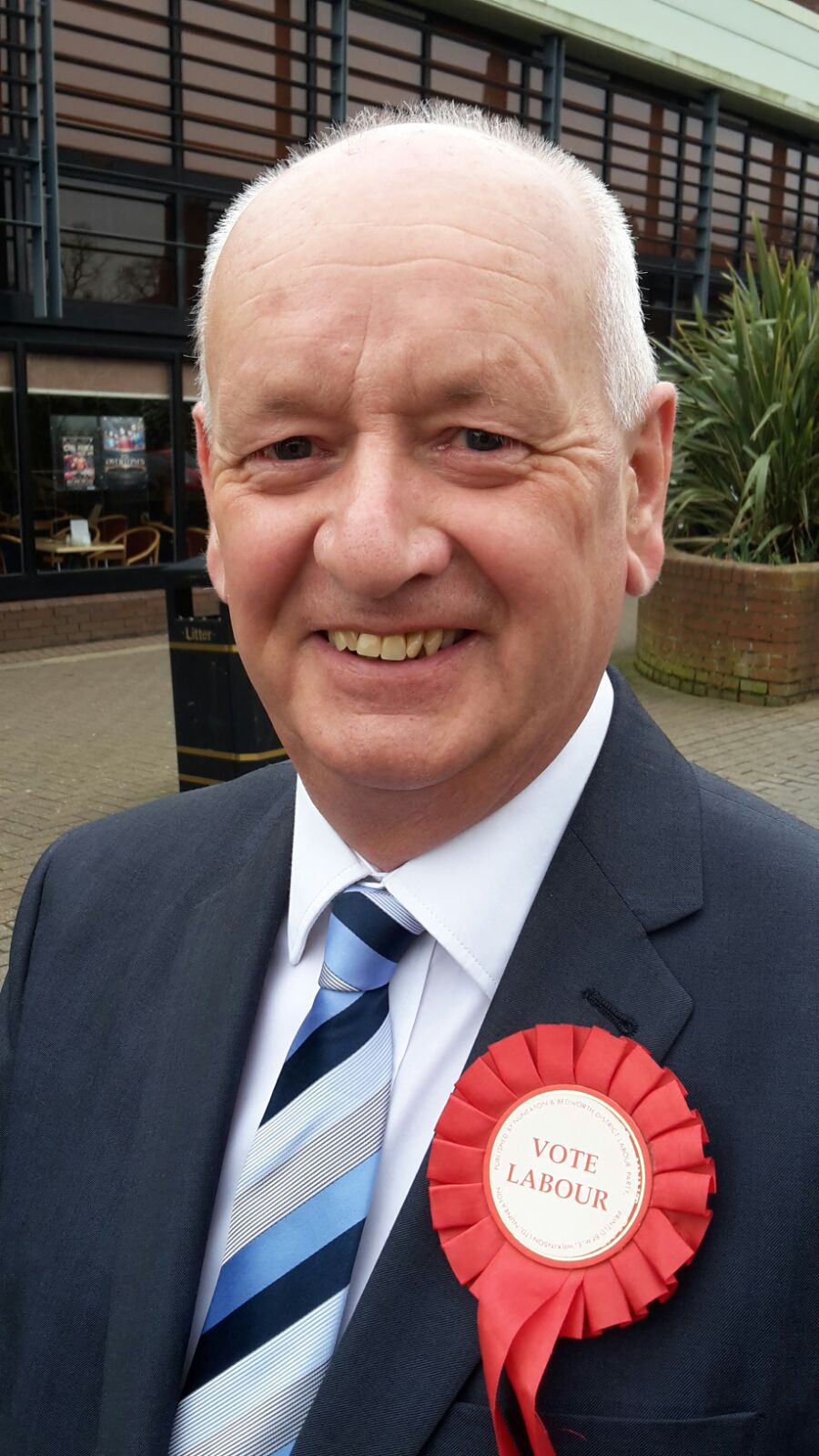