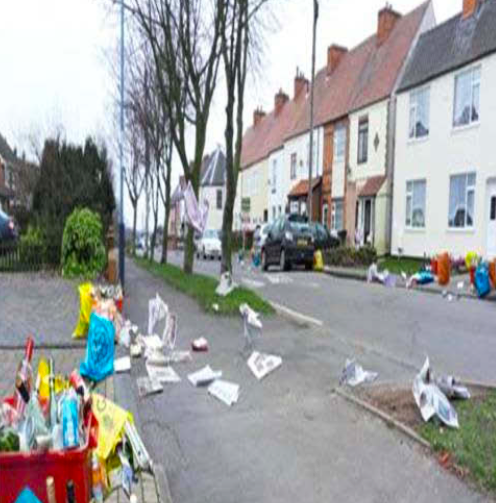 Conservative plans to charge for bins in North Warwickshire have been blocked after Labour Councillors opposed the move.

The Conservative Borough Council was proposing to charge a flat rate of £42 to residents requiring a new bin for their property regardless of whether it was the Council or the resident at fault for the damage.

Despite a large Tory majority on the Council, Labour won the vote to block the charge after some Tory Councillors couldn’t vote to support this draconian measure their party wanted to introduce.

Cllr Hayden Phillips, who voted against the charge, said “This was a bad policy so I’m glad we managed to block it. It cannot be right for the Council to damage your bin and to then charge you £42 to replace it. How is that fair? Labour Councillors made a convincing argument against the plans and some Tory Councillors thought our arguments were so convincing that they couldn’t back their own plans.”

Leader of the Labour Group, Cllr Adam Farrell said “To win a vote when the Council has a large Tory majority is a bit surprising but very satisfying. We can’t support charging everyone for a new bin, even when it isn’t his or her fault that the bin is broken.

The Council has frozen Council Tax but at the same time is telling older people to pay over £200 for Borough Care and households to pay £42 for a new bin. What else are they going to want to charge for?

Council Tax is becoming like a membership fee in North Warwickshire. You pay to live here but if you want anything other than the basics, you’ll have to pay extra. The reality locally is that the quality of service that you receive is now dependent on how big your bank balance is.”