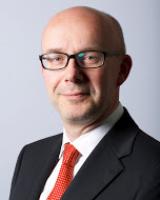 “Pay more local Council Tax and get fewer local services”, that’s the empty promise of the Conservatives as a result of today’sBudget debate at Warwickshire County Council.

Said Labour Cllr Matt Western, “Following the announcement of an additional £12m Government Cut to the Revenue Support Grant in ’16-’17, again by the Treasury, there was always going to be serious pressure on departments.  Effective April, this will have a huge and immediate effect on the people of Warwickshire.”

“The vote was won 28 for, 23 against and 10 abstained. From April, in addition to the Council Tax at 2%, there will be a further 2% tax to pay for Adult Social Care as a result of George Osborne failing to take responsibility for this area. But this ‘levy’ will in no way address the crisis faced in Adult Social Care.”

The Labour group underlined that the budget cuts were a simple choice, driven by the Conservatives’ principles and ideology.

Matt Western added, “The Tories just don’t care. If you don’t levy enough tax centrally, as this Conservative Government prefers not to do, there is no chance of providing essential services in our communities. What was most shocking , was that the LibDems agreed with the Tories to a £1.3m cut to maintain housing related support for vulnerable people on the edge of care. It is abundantly clear that this Government is being ‘lax on tax’ while tough on the vulnerable; on Adult Social Care, on Mental Health and on children in care. Sadly, the LibDems seem confortable with this otherwise they would have voted against it.

The Tories have chosen to reduce corporation tax from 28% to 21% in 5 years for large corporates such as Google and facebook, at a rate now lower than in the US. And then they don’t even chase up payment! Accepting 2.5% tax from Google over 10 years is a disgrace, not a victory. And the public suffers.

Throughout the Budget Debate, Labour sought to put people first by preserving or increasing the budgets for Mental Health, the Elderly and to protect children. Labour budget priorities were to:

Overall, the real crisis is Adult Social Care. The national shortfall of £700m for Adult Social Care, rising to £2.9 billion by 2020, is critical but no surprise when put into context; in 2009 the budget represented 1.2% of GDP but now this figure has fallen to just 0.6% according to The Kings Fund (Dec 2015). The OECD confirms this stating that the UK is heading towards the bottom of the league table for care as a % of GDP. As a result, now just 1 in 10 people over 50 are not having their care needs met.

Cllr Matt Western went on, “In summary, “Osborne-omics” is not working. There is virtually no growth in the economy while at the same time the Chancellor takes a wrecking ball to local services through his local workmen”.

Labour pressed for a socially just, progressive budget to help those people most vulnerable in our society. It is a real shame that the LibDems agreed to approve, through abstention, the Conservative Budget and ignore the desperate needs of so many vulnerable people in Warwickshire.