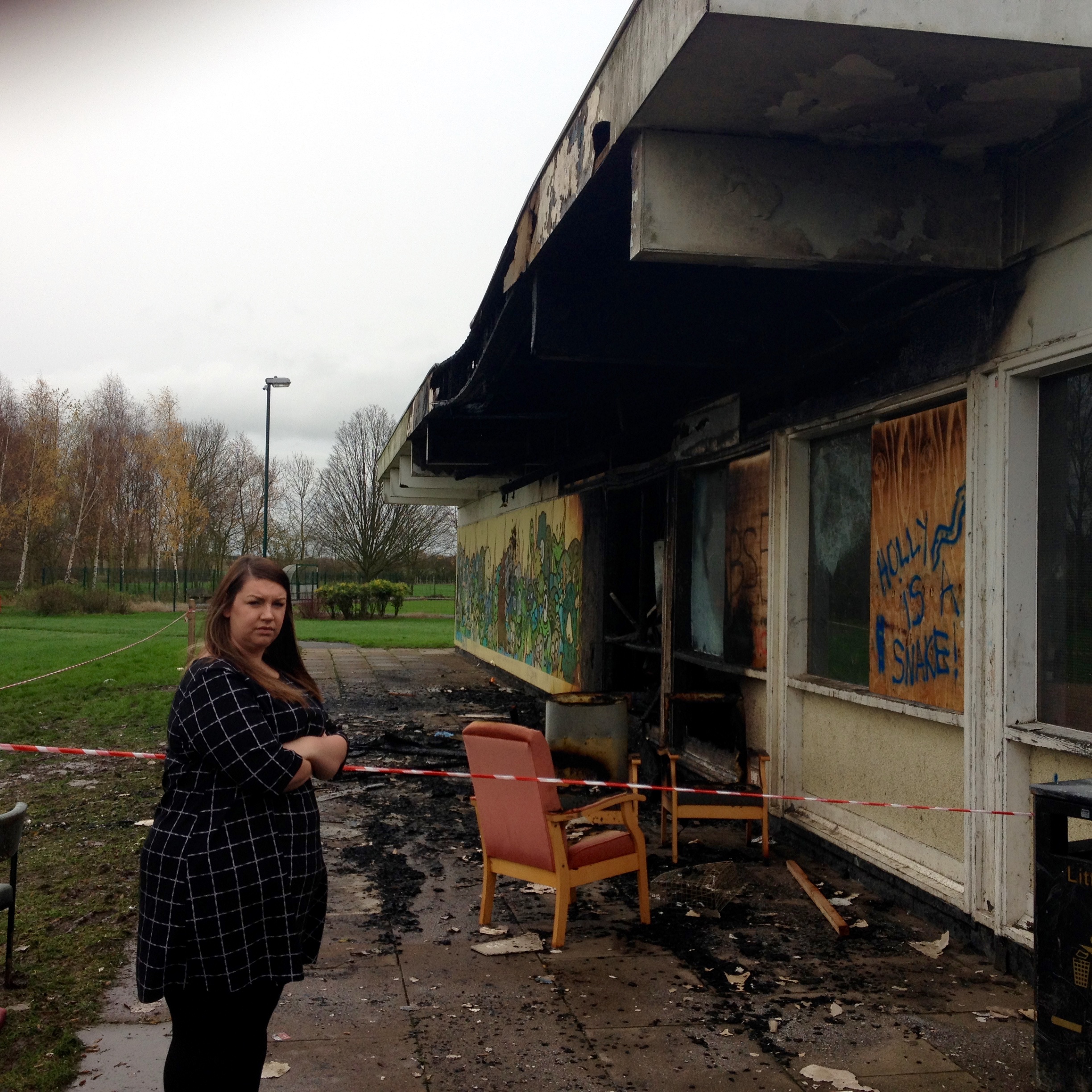 Labour Councillors forced the Borough Council to agree to consult with local people on the feasibility of replacing the Pavilion following a fire that destroyed the building.

Cllr Emma Stanley had earlier called for CCTV which could have averted the fire happening but it fell on deaf ears. The Tories voted to pull it down before the fire occurred.

At the Full Council in December, Polesworth East Councillors were successful in an amendment to look at replacing the pavilion. Mick and Emma have arranged a public meeting at the Tithe Barn, Polesworth on Thursday 7th January at 7.30pm to see how the people of Polesworth can get involved in improvements in the park and what they would like to see happen regarding the Pavilion.

Find out more about the event by clicking here