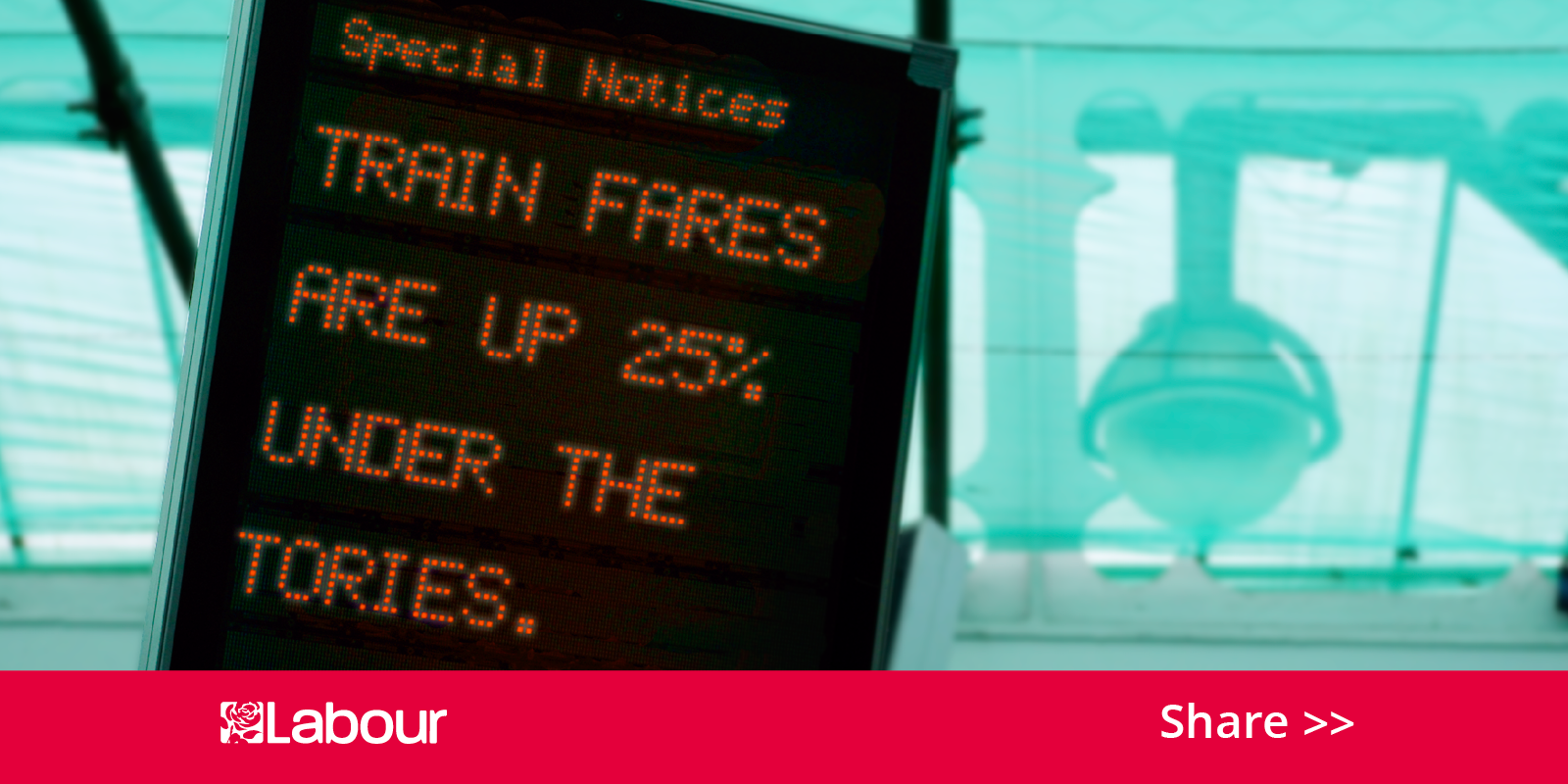 Hard working commuters are now paying 25 per cent more for their train fares under the Tories, because of yet another year of railfare hikes that come into force today.

Passengers in North Warwickshire and Bedworth have been hit again and again by eye-watering rail fare rises. Fares have now rocketed by 25 per cent under the Tories, far outstripping any increase in most people’s pay packets.

For many people here, travelling by train isn’t a luxury, it’s how they get to work every day. A season ticket from Coventry to London now costs over £1750 more every year.

Labour‘s policy is to bring the railways into public ownership so they can be run for passengers not profit. That means fairer fares, investment in a 21st century railway and giving passengers a stronger voice.