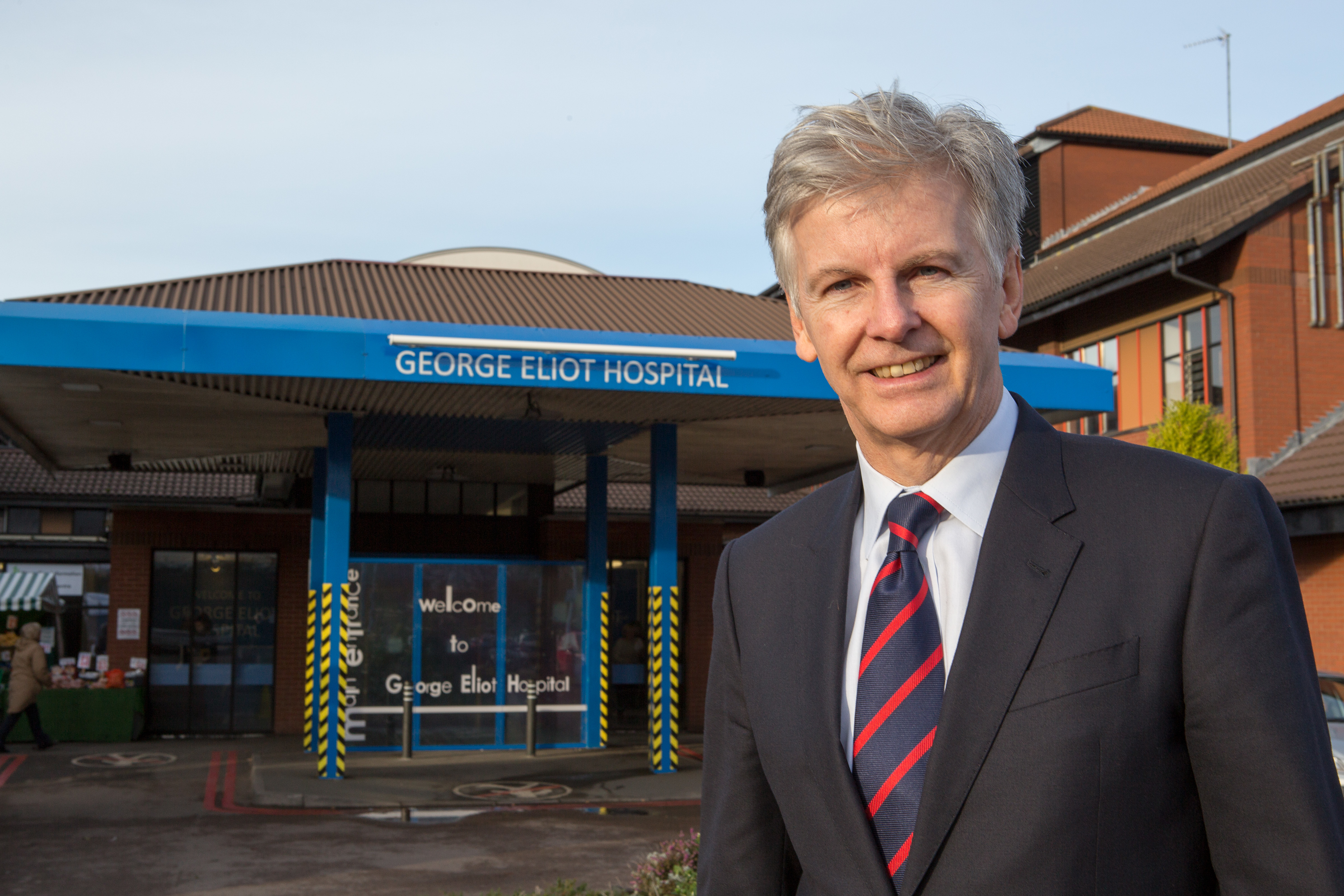 Mike O’Brien has hit back at Dan Byles MP over an attack on his record as Health Minister. Mr Byles claimed that problems at theGeorge Eliot Hospital were caused by the former Labour Health Minister.

Mike said, “When his government is criticised, Mr Byles always tries to pass the buck.

“When i was the MP I voted to more than double NHS spending so that by 2010 surveys showed that most people believed their local NHS services were the best ever. Few patients waiting over 4 hours in A&E would say that today. Today the NHS is underfunded and staff are struggling to deal with the long predicted increases in demand. Everyone knew demand would increase as the population aged but made no provision for it.

“I remind Mr Byles that in 2009 when I was Minister the George Eliot Hospital won national praise for lowering its decline in mortality rates. But by 2014 the Hospital had been forced into special measures when its mortality statistics rose. As the Report by Sir Bruce Keogh made clear last July, these problems took managers by surprise when they arose in November 2012. This happened on his watch and Mr Byles attempt to duck responsibility and lay the blame on me was weak and farcical.

“This MP voted for cuts in public spending and in 2013 supported the Conservative attempt to sell George Eliot Hospital to a private company. The expensive privatisation attempt collapsed in March 2014. The hospital is now £12m in debt.

“The NHS is a party political issue because the main parties have fundamentally different attitudes to it. The Conservatives have never been comfortable with it.  They have always wanted to privatise this collectivist state service.  They voted against creating it and have always undermined it in government. Labour created the NHS and this generation will have to fight to keep Britain’s greatest institution.

“Mr Byles may take a hack at me, but my concern is that recently patients attending A&E are waiting over 4 hours to be admitted, operations are being delayed and the staff are overstretched and stressed. Inadequate government funding of the NHS is responsible for this. “In two months the general election will be called and Mr Byles will cease to be an MP. Until then we need less bile from Mr Byles.

“Labour will rescue the NHS by investing in 8,000 more GPs, 20,000 more nurses, 3,000 more midwives and 5,000 more care workers. This will be paid for by a clamp down on tax avoidance schemes that enable companies to avoid taxes and by raising taxes on mansions worth more than £2m.

“This Labour plan will help to get the NHS back on its feet.”