Company that wanted to run the George Eliot Hospital blasted by NHS Regulator over its other hospital. “The Eliot had narrow escape,” says former Health Minister 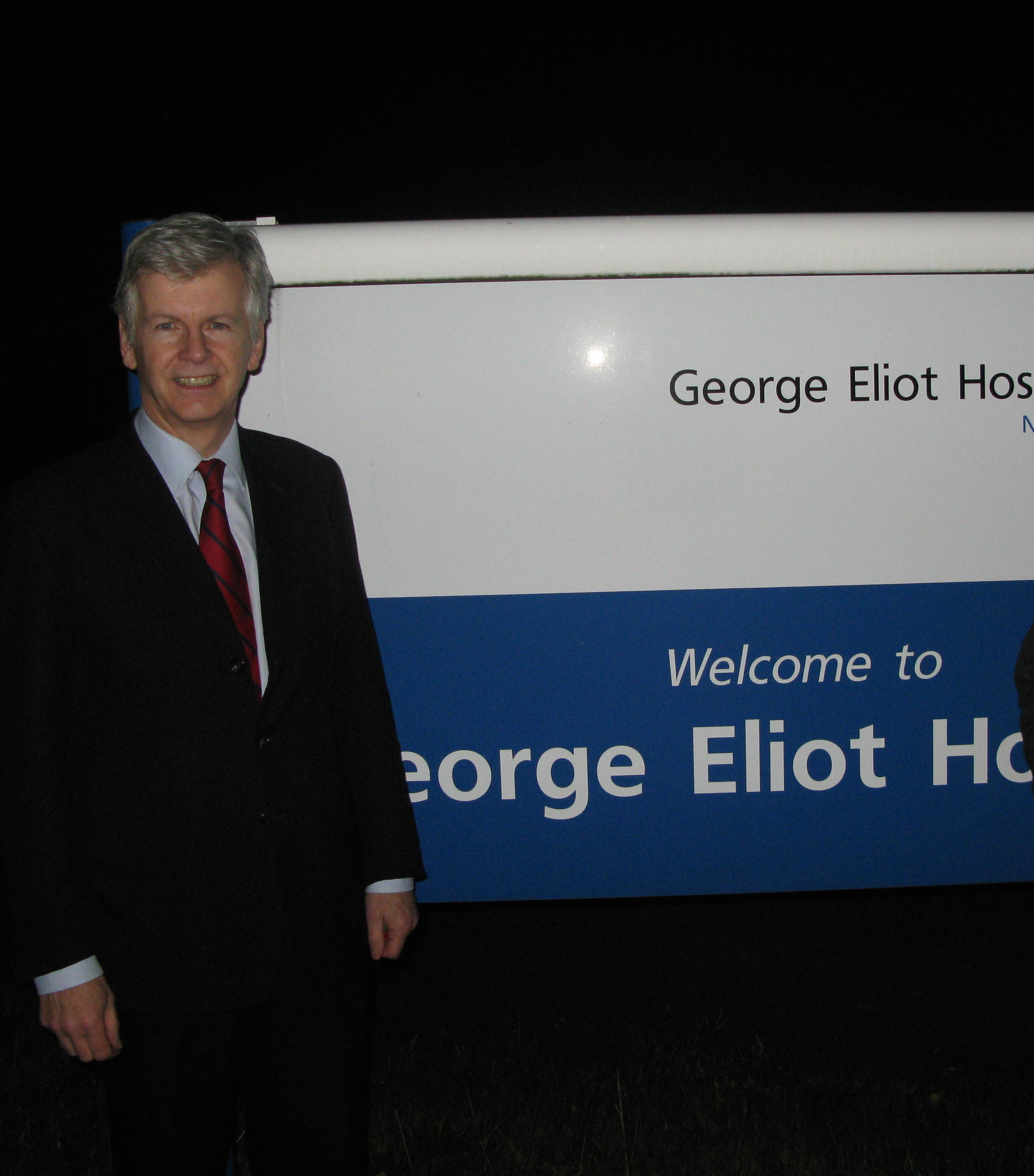 One of the three private companies that last year wanted to take over the George Eliot Hospital in Nuneaton has been criticised in a damning report about the other private hospital it runs in Cambridgeshire.  Circle UK was at one stage a front runner to take over the Eliot because it already ran the only privately run hospital in the NHS at Hinchingbrooke. The George Eliot Hospital process collapsed in March 2014. Now the Care Quality Commission has identified Hinchingbrooke as a failed hospital with poor leadership and safety and put it on ‘special measures’. The company, Circle Health, has announced that it will hand back the running of Hinchingbrooke to the NHS.

Circle Health had first offered to run Hinchingbrooke in 2009 whilst Mike O’Brien was the Health Minister. He has said that his knowledge of the company, gained as a Minister, later led him to oppose any involvement by Circle with George Eliot Hospital.

Mike said, “The sell off of the Eliot collapsed last year so the Eliot has a lucky escape.   Circle, one of the private companies encouraged to take over the Eliot has been severely criticised in a CQC report for its management of the only other privately run NHS hospital.

“It’s not a surprise that the Hinchingbrooke privatisation has failed. The Cambridgeshire hospital has had serious problems for years. In 2009 Circle came to me as Health Minister with honeyed promises of private money to rescue it. I was deeply skeptical. I would not have allowed them to take it over. But in November 2011 the Conservatives Andrew Lansley decided to give Circle the chance to run Hinchingbrooke. The company took over in February 2012. Within months things started to go wrong. By September 2012 Circle had asked the NHS for more money and staff expressed concerns about how the hospital was run.

“The Care Quality Commission has now published a damning report on Hinchingbrooke and the company has decided to walk away from the hospital. Embarrassingly for Ministers, the company has blamed government cuts in the NHS for the debacle.

“The lesson of Hinchingbrooke is that private companies should never run NHS hospitals. However  I remain worried that if the Conservatives win in May they try to sell the Eliot to the private sector again.

“The collapse of Hinchingbrooke is political calamity for Conservative health policy, coinciding as it does with the grim news about waiting times at Accident and Emergency Departments like George Eliot Hospital. The cost and disruption of the Tories 2012 reforms is responsible for the worst winter crisis ever.”