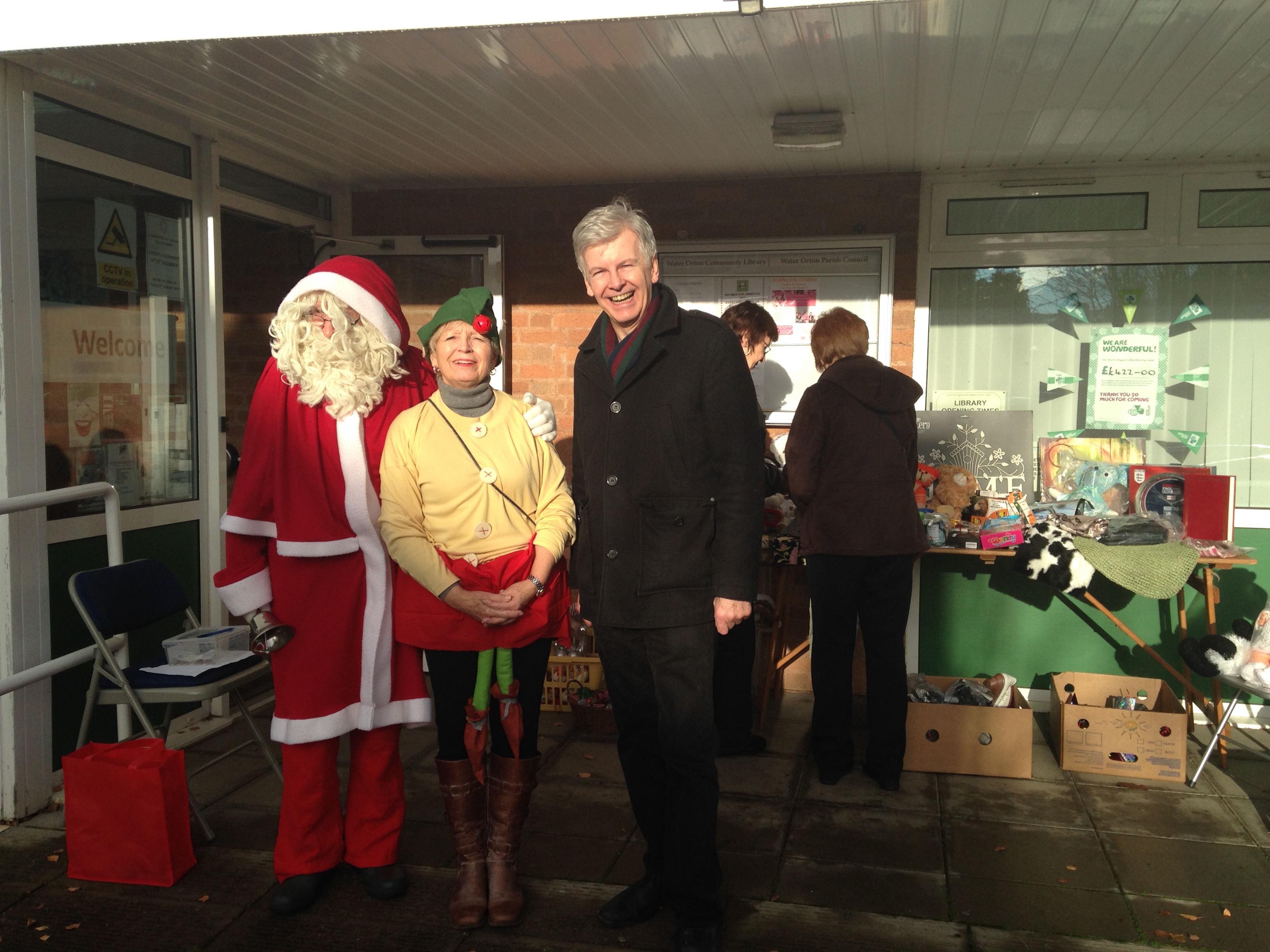 Mike said, “The library lost its full-time staff two years ago but has since been run by a dedicated team of local volunteers.  This is an important Village library and it’s important that we keep it. The event helped to raise funds for the Library. Lots of local people turned out to buy crafted Christmas presents from the local people who have made them.  And they have the opportunity to have a nice cuppa tea and some cake and have a chat. It was a lovely morning I enjoyed it.”