Important new pledge by Labour on the deficit 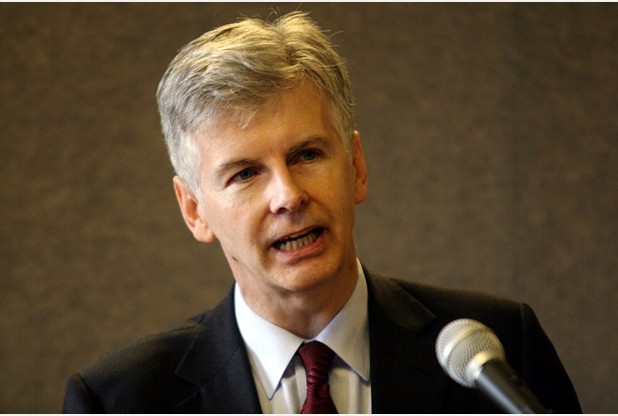 “Labour would cut the deficit every year whilst securing the future of the NHS. Our manifestocommitments will not require additional borrowing,” Mike O’Brien said today, as Labour set out the first pledge for 2015 in a speech by Party Leader Ed Miliband.

“This announcement is important because Labour has set out a realistic plan to balance the books by 2020. Local people can be assured that we have an achievable timetable of getting the current budget into surplus and national debt falling within the 5 years of the next Parliament. Day to day spending by government will be under control.

“We won’t follow George Osbourne in trying to do everything by 2017 by imposing extreme austerity.  Having broken his promise to remove the deficit by 2015, he now says he can impose greater pain in the next two years than he has imposed so far. That lacks credibility and would involve such brutal cuts that it would decimate public services like the police.
“The Tories are ideologically obsessed with borrowing. Of course, the deficit is an important problem, but the Tories have ignored two other problems. Many families in North Warwickshire and Bedworth face a cost-of-living crisis and there is also an NHS crisis, for example George Eliot Hospital is £12m in debt. The next government needs to address all three problems in a balanced way, not just one of them.
“On the deficit Labour will protect working people by ensuring those with the broadest shoulders bear the greatest burden. That means those the top will pay more.  Labour will reverse the 50p millionaires’ tax cut and introduce a mansion tax on properties worth over £2m.
“Labour will only promise new policies that are fully funded and do not require any additional borrowing -; except major infrastructure projects.
“With exceptions Labour will reduce departmental budgets each year until we have balanced the books. We will also use money better by devolving power, breaking down old bureaucracies and rebuilding public services around early intervention.
“On the cost of living crisis, Labour will address the culture of low wages, insecure jobs, zero hours contracts and social failure that has resulted in welfare spending rising above planned levels and tax revenues falling.
“Labour will tackle energy prices, increase the minimum wage, reform the banks and transform vocational education. Our agenda for economic change is about big reform, not big spending.
“On the NHS we will create a £2.5 billion ‘Time to Care Fund’ for the NHS aimed at training more doctors and nurses funded by a mansion tax on homes worth over £2m.

“Ours is a balanced approach based on realism rather than ideology.  We want to create a Britain that is more prosperous, but also more fair and less divided. We will deal with the deficit to create the strong economic foundation needed to build prosperity for working people.”