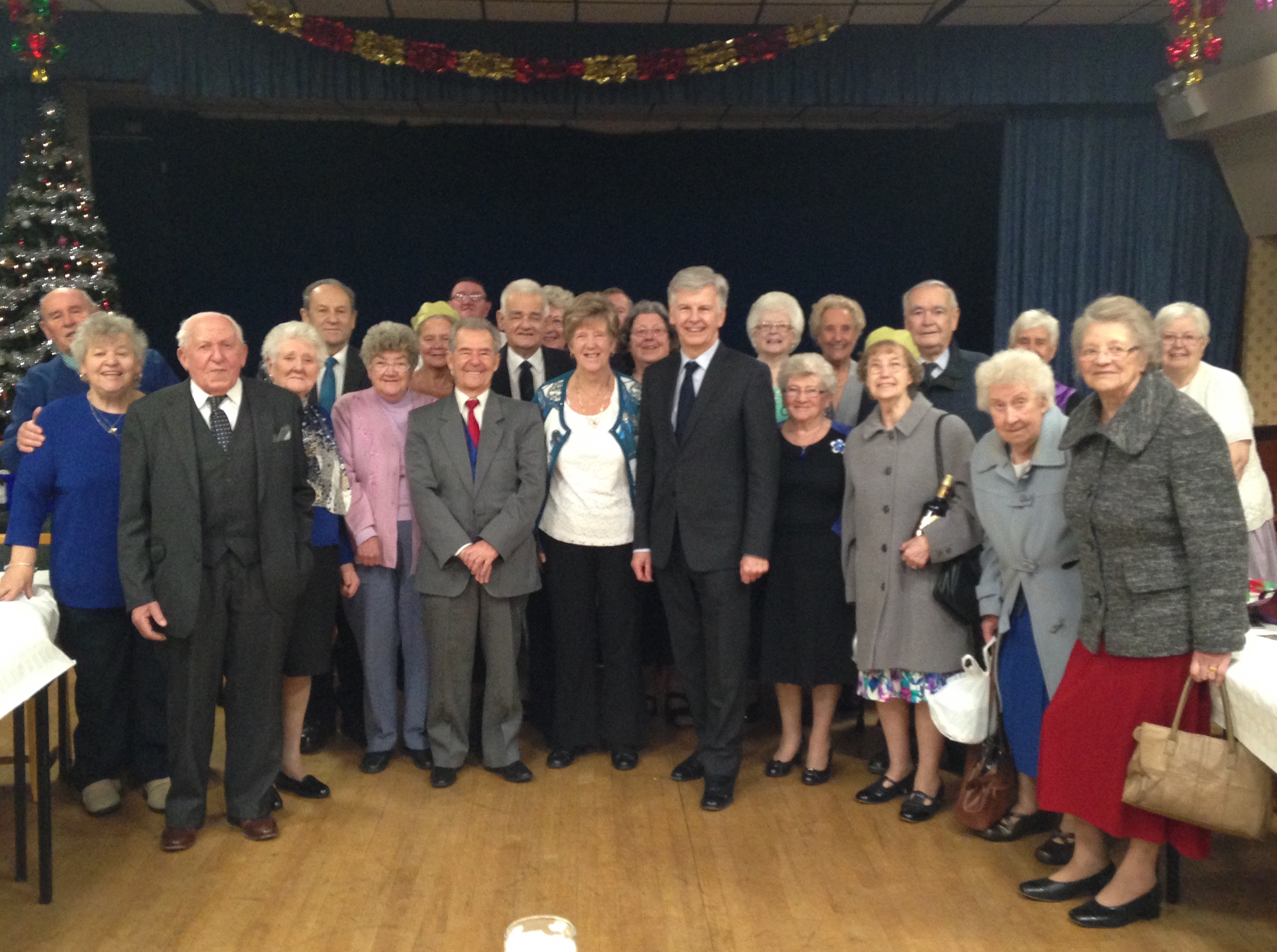 “We all met up, had a buffet Christmas lunch, a nice chat and played bingo,” says Association Chair Patricia Hall of Keenan Drive Bedworth.

Although many ex miners belong to it the club has had a majority of retired people from other backgrounds for many years.  “We welcome all retired people,” said Pat Hall.

The Association heard from its Honorary President Mike O’Brien. Mike has been the President of the Association of twenty years. He says, “They are a lovely group of people. The Association meets regularly for a game of bingo or dominoes and a chat. They also have raffles, trips out and some tea dances.”

A plea has gone out for retired people to avoid loneliness by getting out more and joining clubs.  Joan Noble, the Secretary of the South Warwickshire Retired Miners Association said, “Some older people can become isolated. Many just don’t know that there are a lot of organisations like ours that can get people out for a few hours a week to have some company and good fun.  It’s a great boost.  It lifts you up for the week.  We have a nice crowd and we really welcome new members