Speaking on BBC CWR Mike O’Brien has welcomed the announcement by Aldi that they hope to create 700 jobs in Atherstone. He said, 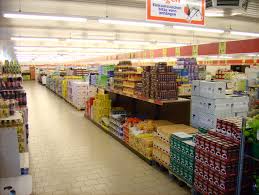 “I remember fighting to get the Aldi Headquarters located in Atherstone. Aldi had some planning issues and as the MP, I encouraged the council to let them build what they needed; so I really welcome these new jobs. We need them; particularly after last week’s terrible news that 2,600 engineering jobs are being lost at Rolls Royce.

“Aldi is good news, but the small print is that these are proposed jobs at Aldi over 8 years to 2022, so it’s not all happening now.  These are long term proposals, dependent on Aldi’s expansion.

“David Cameron is just wrong to claim this is all down to his policy.  It’s down to the Aldi business model. Aldi sells a limited range of quality groceries cheaper than other stores.  Others offer a wider choice, but Aldi have taken market share from other supermarkets. It works for Aldi. Frankly, I think David Cameron claiming credit for the Aldi business model is silly. This is not about politicians, it’s a private sector business model. And this also about market share.  Aldi is doing well, but Tesco’s isn’t.

“Overall since 2008 North Warwickshire has weathered the banking crisis well compared to say Coventry. The reason is that after the mines closed in the 1990’s the Labour Council created massive business parks at Atherstone, Birch Coppice and Hams Hall and these have continued to expand during recent years.  I remember battling to open Hams hall and Birch Coppice against strong opposition. Those were tough battles.  Let me point out to the David Cameron that Conservative Councillors voted against the expansion of both Birch Coppice and Hams Hall, so they cannot claim any credit for either.  We are lucky the Tories didn’t run North Warwickshire Council at the time or it wouldn’t have happened.

“In addition, unemployment was falling in North Warwickshire from January 2010 under Labour. The recovery stalled in mid 2010 and the economy flat lined for three years as the Tory economic policy faltered.  Mr Cameron then started a pre-election housing boom to get the economy going. They are building houses all over the place. It has stimulated the economy. Unemployment in the constituency remains worse than before the banking crisis, so there is still some way to go.”

Aldi opened in Atherstone over a decade ago. They opened 42 new stores last year and are on course to open another 54 this year, with another 60-65 new stores planned to open in 2015.

Based in Germany, the chain was founded by brothers Karl and Theo Albrecht in 1946 when they took over their mother’s store. It is one of the world’s largest family owned companies, with over 7,000 stores across three continents. In 1960, they owned 300 shops, and the brothers fell out, so they split the operation into two separate groups: Aldi North; and ALDI South. The two operate independently, each within specific areas of Germany and Europe and now the USA too. ALDI South operates in Britain.

Karl Albrecht died this year and was the richest man in Germany, while the co-owners of ALDI Nord,Berthed and Theo Albrecht Jr. follow close behind in wealth.  The company’s UK grocery market share now stands at 4.8% following the rapid growth of discounters in the UK, including Aldi’s German rival, Lidl.