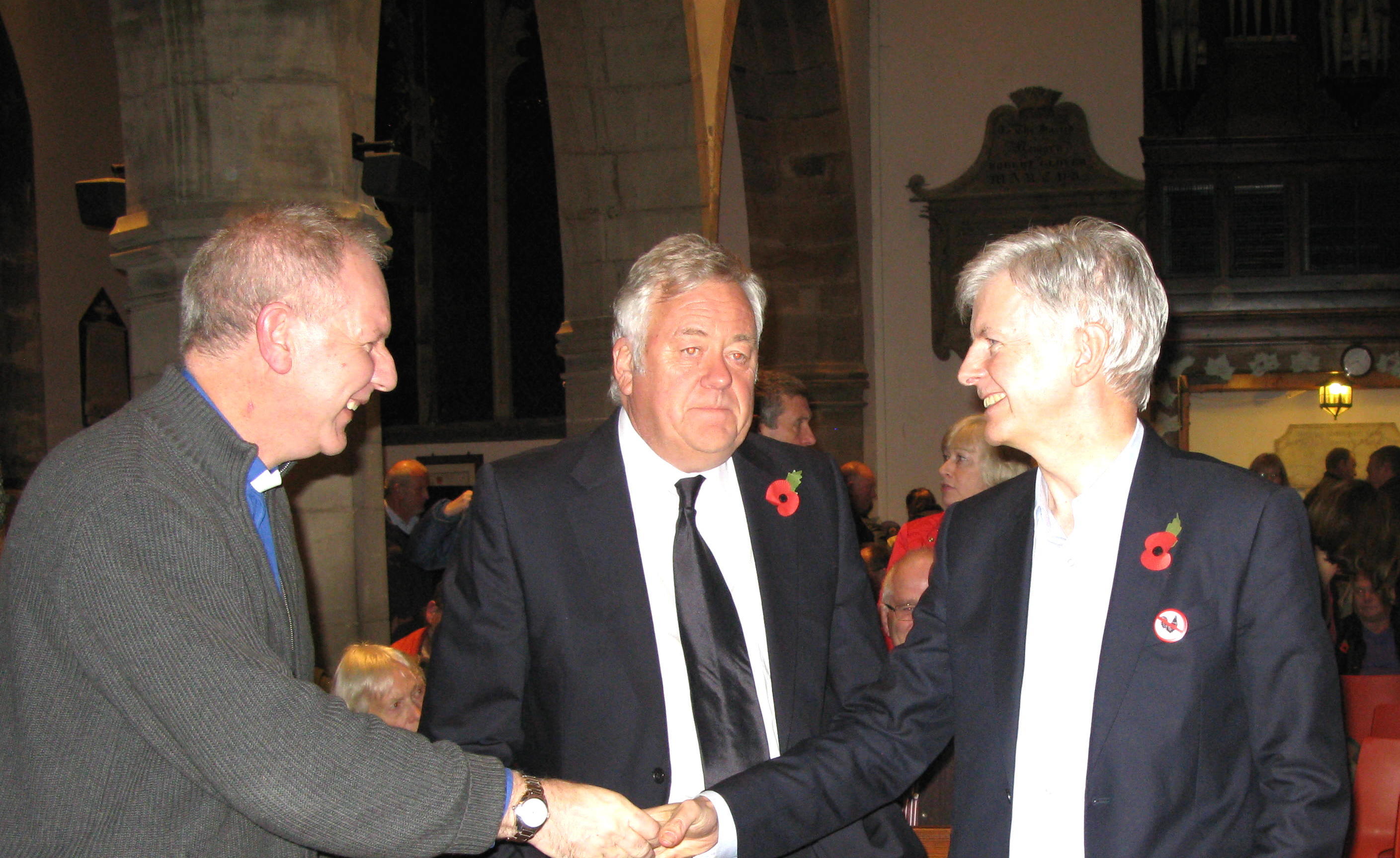 Villagers packed the Mancetter Church on Monday for a meeting opposed to thecreation of a Broiler House for 39,000 chickens near to the North Warwickshire village.

The meeting was organised by the Mancetter Action Group, which is chaired by the vicar, the Rev Tony Tooby.  He led the meeting introducing the main speakers were Ian Ritchie who lives in the village and former MP Mike O’Brien, who has offered support and advice to the campaign.

Rev Tooby said at the meeting,

“Villagers are united in their opposition to the Broiler House.  This is the second meeting organised by the Mancetter Action Group.  North Warwickshire Borough Council has no doubt about the strength of local feeling.  This is one of the best supported campaigns against a planning application ever in this area.”

“The decision will be made shortly. We don’t yet know the outcome, but we hope the application could be rejected within the next week. We understand that it will be a delegated decision made by an officer of the council, which is good news because it means that it is likely to be rejected and doesn’t have to go to the planning committee.”

Mike O’Brien congratulated Rev Tooby, Ian Ritchie and the Mancetter Action Group on a powerful campaign. Mike had made a formal objection to the planning application two months ago. He told the meeting,

“I really think you can win this one. Some people think powerful rich people always get their way, but people power can win.  This seems to be one of those cases.

“But even if the council rejects the application, Crown Waste Ltd, the company involved, can still appeal against the council decision to the Government Minister. The Minister will then appoint a planning inspector to hear the appeal.

“Alternatively the company might withdraw the current application and put in a new one, which tries to address some of the concerns of the local authority. That said, the key problem of the Boiler House is that 39,000 chicken are likely to smell, make noise, require lorries to bring them in and out of the area and all in close proximity to village homes.

“In short this application deserves to be rejected and it’s difficult to see how it can be resubmitted on any basis likely to succeed.”

At the meeting, local organisers handed out badges and posters with their “Stop the Chicken” logo – a chicken covered by a stop sign.