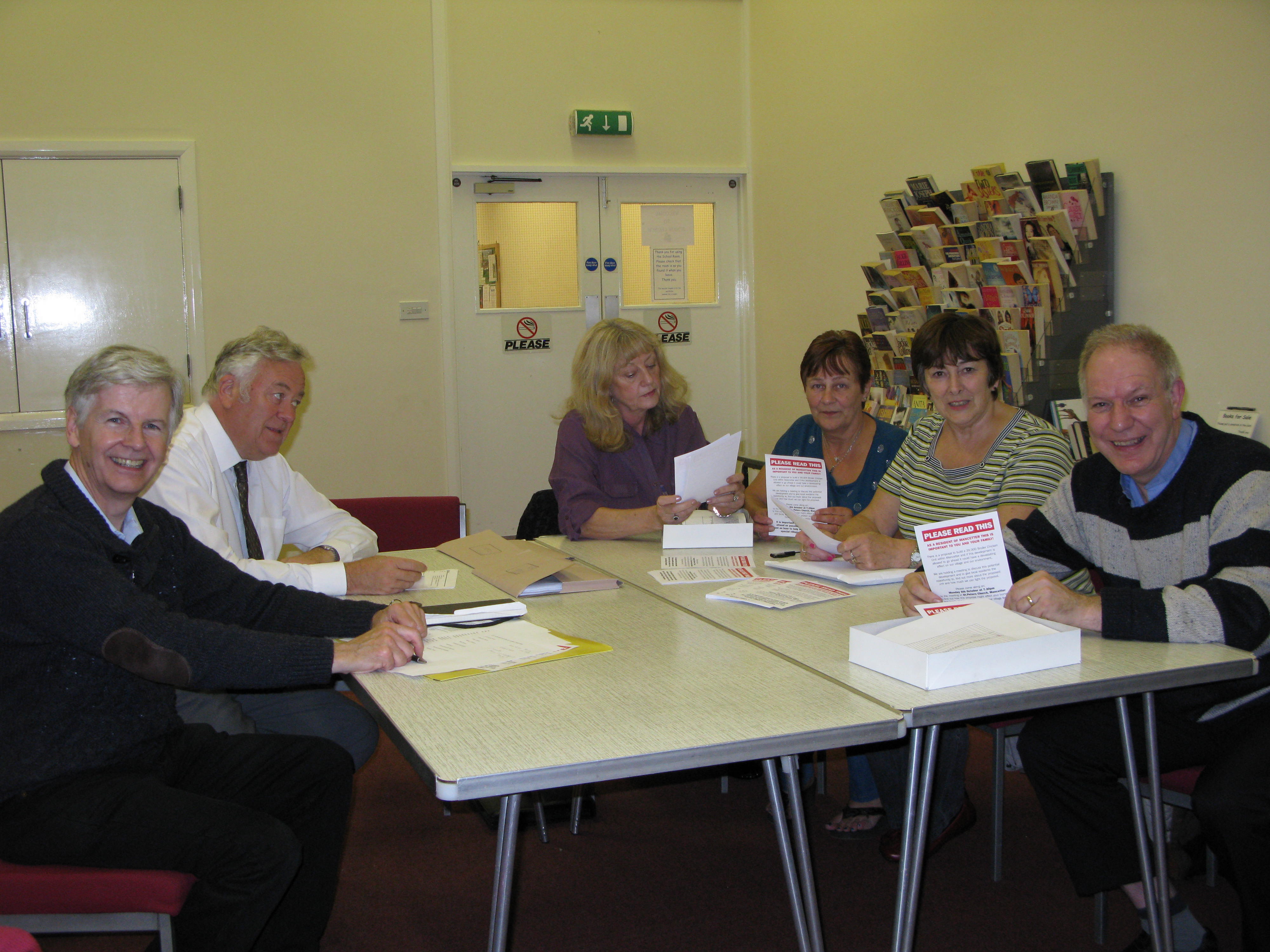 The Mancetter Action Group, opposed to the creation of 39,000 chicken broiler house near Mancetter in North Warwickshire, met on Monday night to plan the next step in their campaign.  They are to hold a public meeting on 6 October to highlight their concern that the broiler will bring noise, smells and pollution to land near to homes.

Mike O’Brien was invited to join the meeting on Monday to offer support and advise them.

The Action Group is chaired by the campaigning vicar Rev. Tony Tooby of Mancetter.  The vicar earned national recognition in 2001 when he opposed a mob trying to burn down a previous church, St Philips Church in Bradford, and also for his efforts to build relationships between the Moslem community and the Church of England. Rev Tooby told BBC Radio in an interview on the morning breakfast programme that the proposal would damage the village of Mancetter and called for it to be rejected by North Warwickshire Borough Council.

Rev Tooby said at the meeting,

“The Council has spent a lot promoting our area for tourism because Mancetter has a history going back to the Romans. Well, tourists won’t come to our village if it smells of 39,000 chickens! And this chicken unit will be opposite Dobbies Garden Centre.  It won’t do much for their business either!”

The public meeting will be held on Monday 6 October at 7:30 PM at St Peters Church in Mancetter.  The Action Group will be leafletting the village about the meeting and will invite the owners of the site to attend the meeting to explain their case.

Also present at the meeting was Parish Councillor Chris Tooby, the vicar’s son, who said afterwards,

“The Parish Council opposes the Broiler Unit. Mancetter is a lovely quiet village, but this chicken broiler proposal has really stirred up villagers. People are approaching me to ask how we can stop it.  That is why we have agreed to step up our campaign. We will fight the application all the way.  This kind of boiler unit should be a long way from local communities. Instead Crown Waste Management have applied to locate it near to local home. We are shocked that the planning application has been made by a local company based in Nuneaton and owned by people who live not far away.  They ought to know better.”