Polesworth gets a new park and has a carnival

The village of Polesworth has celebrated at the carnival and gained a new park -; or at least a renovated old one.

On carnival day the Mayor of North Warwickshire Cllr Ray Sweet and his wife Annette opened the newly improved Queen Elizabeth ll Playing Fields on the site of the former Abbey Green Fields. 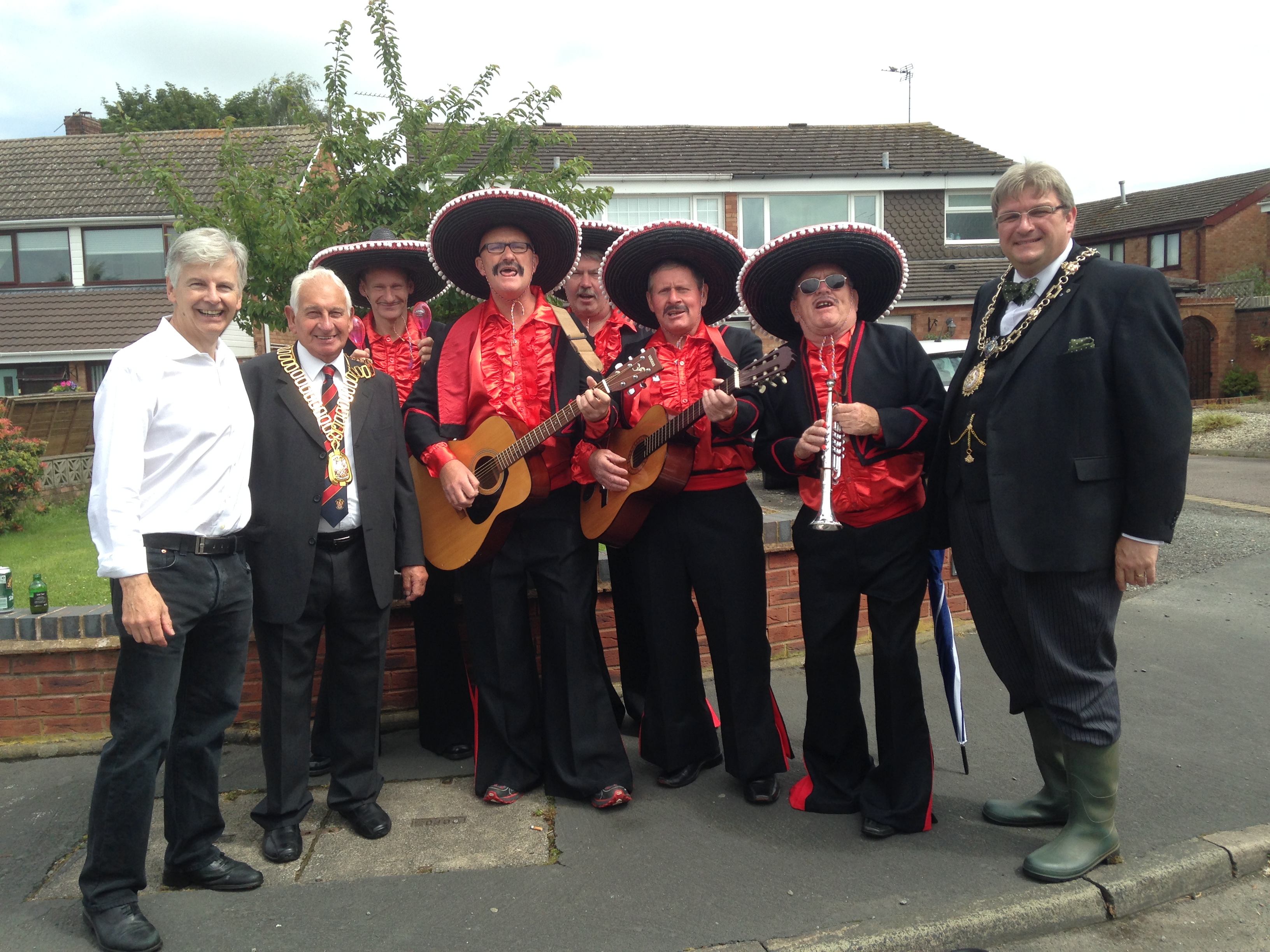 The Mariachi Band at the Carnival are joined by Mike O’Brien(left), North Warwickshire Mayor Ray Sweet

“The opening of the new park is a great day for Polesworth. I have lived in

Polesworth for 27 years.  My wife Yvette and I love this community.  We brought our kids up here.  But the old park looked jaded and the river that flows through it was overgrown. One of my projects has been to deliver a better park for local people and on carnival day we were able to make that happened.

“Today the village is proud of its park and it is widely used by villagers of all ages, from kids playing there to people walking the dog or families having a picnic.  It’s particularly nice in summer. We now have sculptures, walks laid out, a skate park and facilities for the kids and a bowling green now run by a local bowling club, It’s really nice.”

The funding for the new park came from the owners of Birch Coppice Business Park, the Wild Life Trust, a project called LEADER and from the council itself.

Mike O’Brien also attended the carnival but the high point was the new park.  He said,

“This was an important day for Polesworth and I congratulate Mick Stanley on putting together the funding to renovate the new park.  I had a great day out. I even got to hold an owl -; never done that before!”

The Mayor and Mayoress Ray Sweet and his wife Annette opened the new park. Then both the mayor and the Council Leader had cartoons done of themselves.

“It was yet another traumatic blow to my self image as a George Clooney look-alike. The cartoon revealed a balding, bespectacled 60 year old. Even worse, my kids thought it was hilarious and a good likeness!” 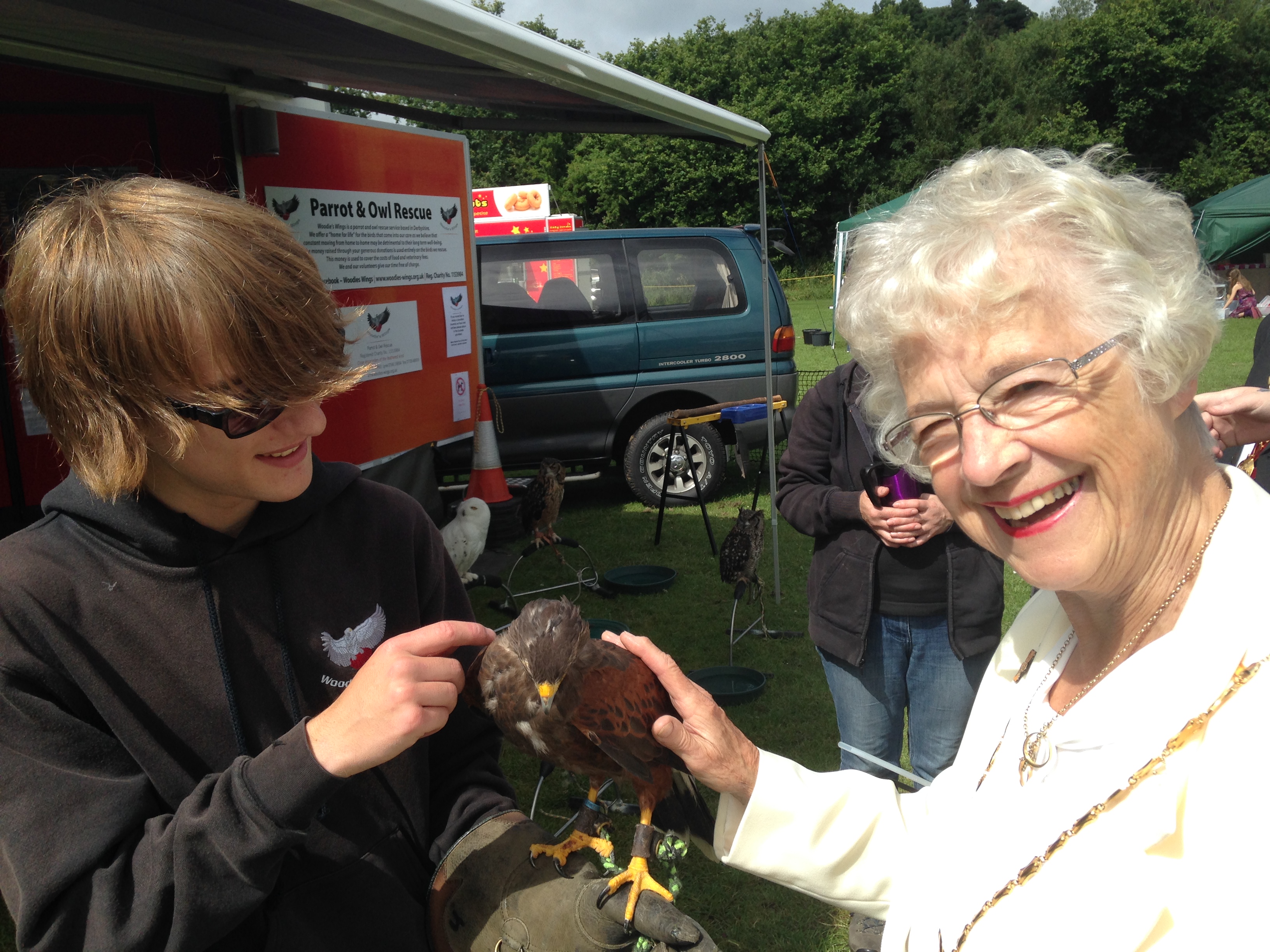