We are better together so local people should make a phone call.

The Scots will shortly vote on independence and local Labour leaders have called on businesses, trade unionists and people living in Coventry and Warwickshire who have friends in Scotland, to make a phone call before 18 September to urge the Scots to vote to keep the UK together. 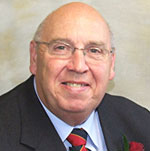 “This vote will change not only Scotland, but England too. It will profoundly change the nature of our country.”

Local people in North Warwickshire and the West Midlands can make a difference, he says,

“Although we can’t vote in the Scots referendum, many people have Scottish friends and relatives. It’s time to make a phone call. I ask people in North Warwickshire and the surrounding area to use the next few weeks to telephone their relatives and friends and encourage those who can vote in Scotland to recognise that we are better together. Divorce would affect us all badly.

“In Scotland they are debating whether their country would be a better place if it was independent. We need to understand that England and Warwickshire would be a worse place if Scotland divorces us. It’s time for those with Scots relatives to do their bit to keep us together.”

Mike O’Brien has backed the call by Cllr Stanley and said that local businesses and trade unionists have a particular responsibility to act.

“Every business that trades with Scotland may be affected by Scottish independence.  They have contacts in Scotland.  They need to call them and urge businesses in Scotland to say publicly that we must stay together.

“A Scotland outside the UK will not have the pound. Every business buying or selling to Scotland could face transaction costs to change currency, if they do business in Scotland.

“Business needs to wake up and smell the coffee. This will affect us all. Traditionally business has been reluctant to engage in politics, but this issue is different and it’s big.  It’s time to pick up the phone and tell Scots businesses why we should stay together.

“English trade unionists too, need to recognise that the loss of 41 Labour MPs in Scotland will increase the chance of the Tories dominating the Westminster Parliament and passing anti trade union laws.  That is one reason Tory MPs are saying nothing.  And it’s a good reason why every trade unionist should ‘call a friend’ in Scotland and say we are better together.

“The Scottish people need to know we want them in the UK.  Let’s tell them that.”

In the televised debate, the nationalist leader Alex Salmond claimed that independence offered the people of Scotland assurance that they would “never again have a Conservative Government that wants to privatise the NHS”.  Labour is aware that Scotland has 41 Labour MP’s, 11 LibDem MPs, and only 1 Conservative MP.  If the Labour Scots MPs ceased to sit in Westminster, it would make the election of a future Labour Government more difficult. Labour and the LibDems would lose substantial votes; whereas the Conservatives could see their chances improve.

However the three main political parties in the UK have united to say that if Scotland votes for independence on 18 September then it would not be allowed to continue to use the pound, because it is managed by the Bank of England in the interests of the UK alone. Alex Salmond has sometimes struggled to explain what has been called his “Plan B” for a Scottish currency outside the UK and it has become a major issue in the independence debate.