Reality of Police cuts in Warwickshire exposed in HMIC Report

The impact of cuts in police numbers since 2010 on victims of crime in Warwickshire has been exposed in a new report by Her Majesty’s Inspectorate of Constabulary (HMIC).

Warwickshire Police has lost 1 in 5 officers since David Cameron became Prime Minister.  The HMIC report found that Warwickshire Police were the worst at responding to incidents involving vehicle theft, responding to only 1 in 3 car theft reports.  When it came to theft from inside a vehicle, Warwickshire police responded to less than 1 report in 10 whereas Durham police forces attended between 99% and 98% of crimes relating to vehicles. Attendance rates at other crime scenes varied widely between forces from 39% in Warwickshire. This means that nearly two-thirds of crime scenes in Warwickshire were not attended by a police officer. The worst in the country.

The HMIC report warned of a postcode lottery on investigating crime and identified Warwickshire as having the worst postcode for investigations.  It said that some high-volume offences such as vehicle crime are “on the verge of being decriminalised” by police forces which have given up investigating them.

The Inspector of Constabulary, Roger Baker, who led the inspection, said:

“It’s more a mind set that we no longer deal with these things. And effectively what’s happened is a number of crimes are on the verge of being decriminalised.

“So it’s not the fault of the individual staff, it’s a mind set thing that’s crept in to policing to say ‘we’ve almost given up’.”

This follows recent statistics that hit the headlines locally showing increases in certain crimes in North Warwickshire and Nuneaton and Bedworth. 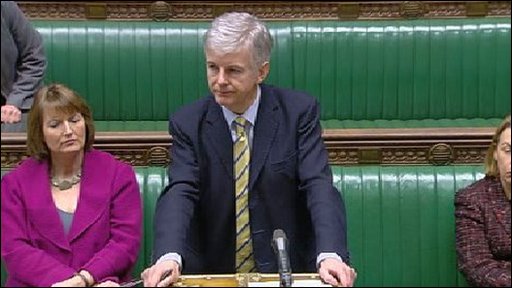 Mike O’Brien was a former Home Office Minister for four years.  (Mike speaking from the Despatch Box whilst a Minister some years ago).  He said,

“The thin blue line in Warwickshire is too thin. Warwickshire Police does what it can with the numbers of officers it has got, but David Cameron has cut one in five of our officers.  Officers that were clearly needed. The problem is not the Police, it’s the politicians.

“Police numbers matter. John Major’s government cut Warwickshire Police by 11%, but as a Home Office Minister under Labour, I pressed for increases in Police numbers and got more officers. Now they have gone again.  And the 20% cut by this government is the worst cut ever.

“This damning report shows that this Tory-led government is letting down the victims of crime in Warwickshire.  It’s not the fault of officers. It’s the fault of government.  They wasted millions on Police Commissioner elections whilst cutting Police numbers!”

” Timely and effective pursuit of named and wanted suspects should be core business for the police.

“Inspectors were also particularly concerned by the number of “desk-based investigations”, where forces decide to deal with a crime over the telephone without any attendance at the scene, without face-to-face contact with the victim.”

Desk-based investigations are failing to serve the public and mean “little or nothing more than recording a crime without taking further action”, HMIC warned.

And in 17 forces, the Inspectorate found police community support officers (PCSOs) were being asked to investigate crimes beyond their role profile and training.

HMIC also found the national picture across all forces in relation to use of technology was “inadequate” with officers using “old technology, ill-suited to modern technology”.

Figures released earlier this year suggested police are failing to solve half of crimes, including nearly three quarters of cases of theft, criminal damage and arson. 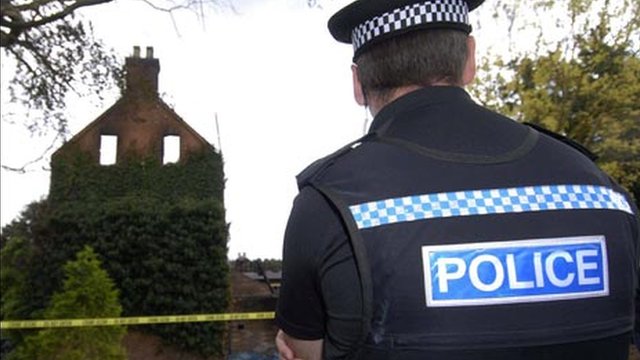 For the Inspectorate, Mr Baker added:

“When a crime has been committed, it’s the job of the police service to go and find out who’s done it and bring them to justice.

“They’re the cops and we expect the cops to catch people and my proposition to you is unless you’ve got the powers of Mystic Meg or something like that, you not turning up and using your skills, it’s going to be mightily difficult to bring people to justice.”

“The reality of austerity in policing means that forces must ensure that their officers’ time is put to best use and this means prioritising calls.”

“These are not the standards we should expect from the police and improvements must be made.”