A protest meeting in Grendon was told last night that pressure from local villagers has led the county council to look at other places for a Gypsy caravan encampment, although Grendon was still on the list. 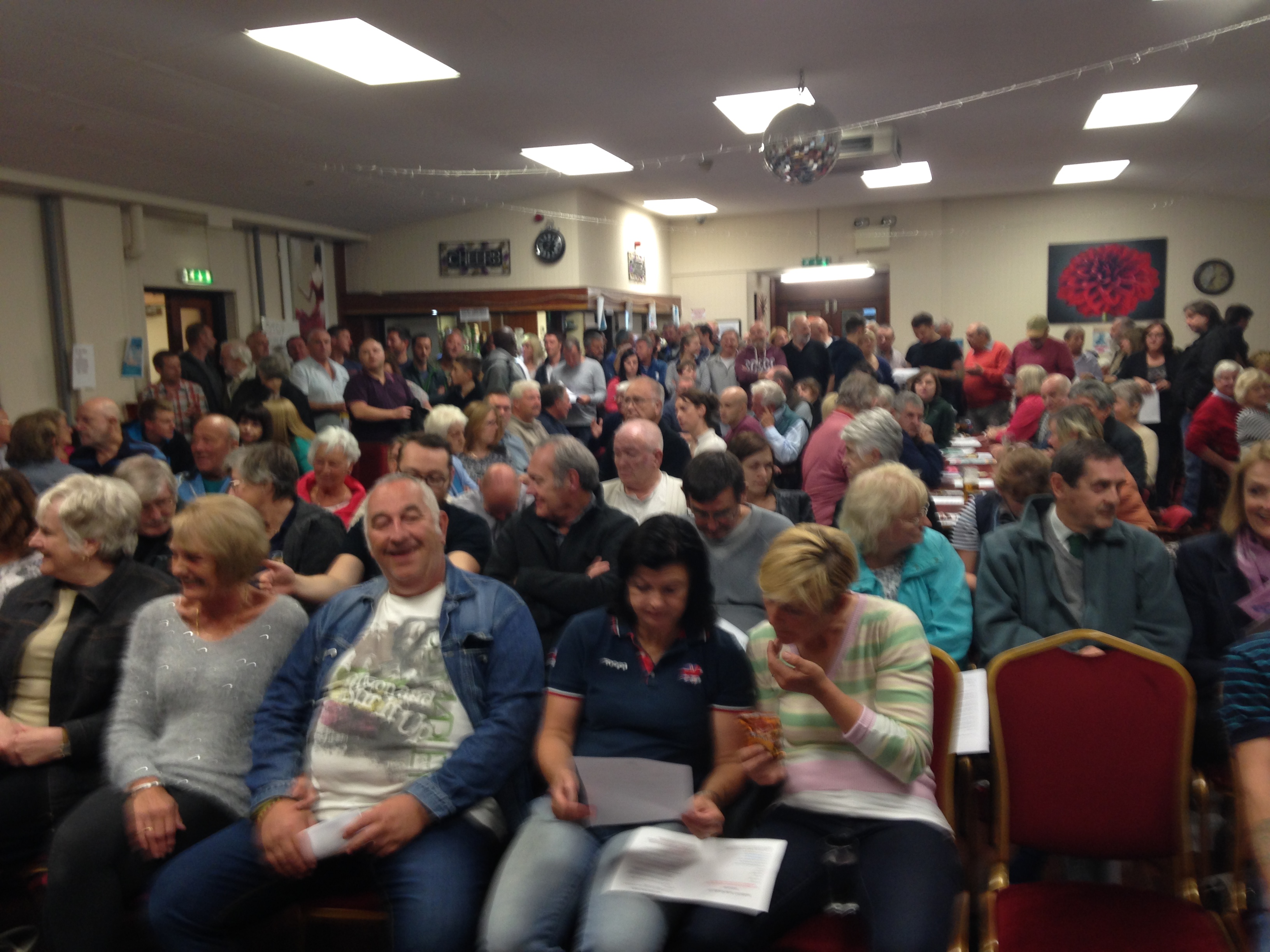 The packed meeting was told by County Council Official Rob Leahy that he had returned from holiday to find even more options on his desk. It is now believed there are eleven. He has to consider them all. This follows a previous meeting two weeks ago where he said that the the old Waste Site at Grendon was the only site but on that morning it another seven sites had been added following a successful public campaign.

Mike O’Brien spoke at the meeting in Grendon Working Men’s Club. He had returned from a family holiday to do it.

In July the county council announced that it was considering locating a Gypsy and Traveller encampment within the village on land it owned and which had formerly been a waste disposal site.

Alerted to the proposals by Mike O’Brien and councillors, local residents had quickly organised a strong campaign against the idea.

“The Council were originally looking at only a couple of sites, but after this campaign got started, the number increased to an 8 and now to 11.  Our campaign is having an impact. Feelings are running high about the impact of having a caravan site located in a village.

“But there must be no delay on a decision because the value of local homes is being blighted already.

“Our aim is to dissuade the county council from making any formal application for a Gypsy encampment.  We want to nip this idea in the bud. Grendon is just the wrong place for it.  The county council only chose Grendon because it owned the site. This has not been about identifying what is best for the village or the best site for gypsies and travellers.  The county council is more concerned about money than making the right decision.”

The meeting heard from Rob Leahy, the county council officer who has been told to find a site for a new camp in North Warwickshire Borough, admitted that he had initially looked at the Grendon site because the county council owned the former waste disposal site and it had closed a couple of years ago. He said he was obliged to find a site in North Warwickshire because of government legislation. Residents express their anger at the process that was being undertaken.

The Borough Councillor for the village is Cllr Ray Sweet, who is also the Mayor of North Warwickshire. He told residents,

“I am absolutely opposed to this idea. The message from this meeting is no, no, no. We do not want the encampment in this village.  I have spoken to the Leader of the County Council and told her that this is a completely unacceptable idea.” 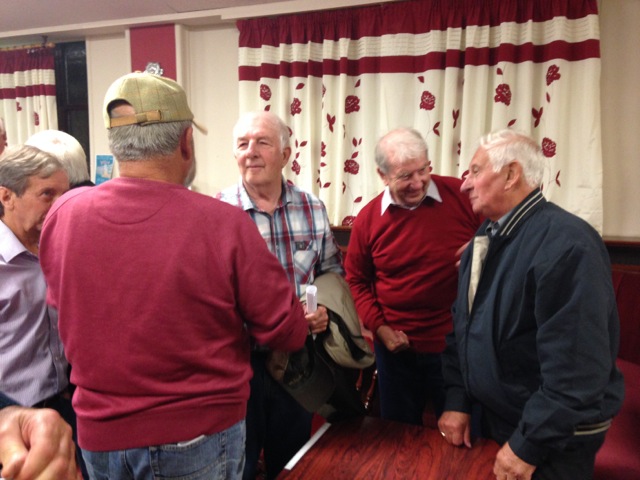 Cllr Ray Sweet talking to residents after the meeting

As the tenants expressed concern about road safety, the presence of combustible material and the proximity to homes.

The meeting had been organised by the newly formed Grendon Action Group.

“This was a good meeting. Residents packed the Working Men’s Club.  They asked sensible questions of the council officer. People left him with a lot to go away and think about.  People did not have a go about gypsies or travellers. This was largely about the whole idea of a camp located in a small village like this.

“One local resident pointed out that only two years ago he had applied to put a business on the site, only to be told by the County Council that he could not do it because the Council were concerned that he might one day turn it into a gypsy site and they didn’t want that. It seems that the council has changed its mind and now wants one!”