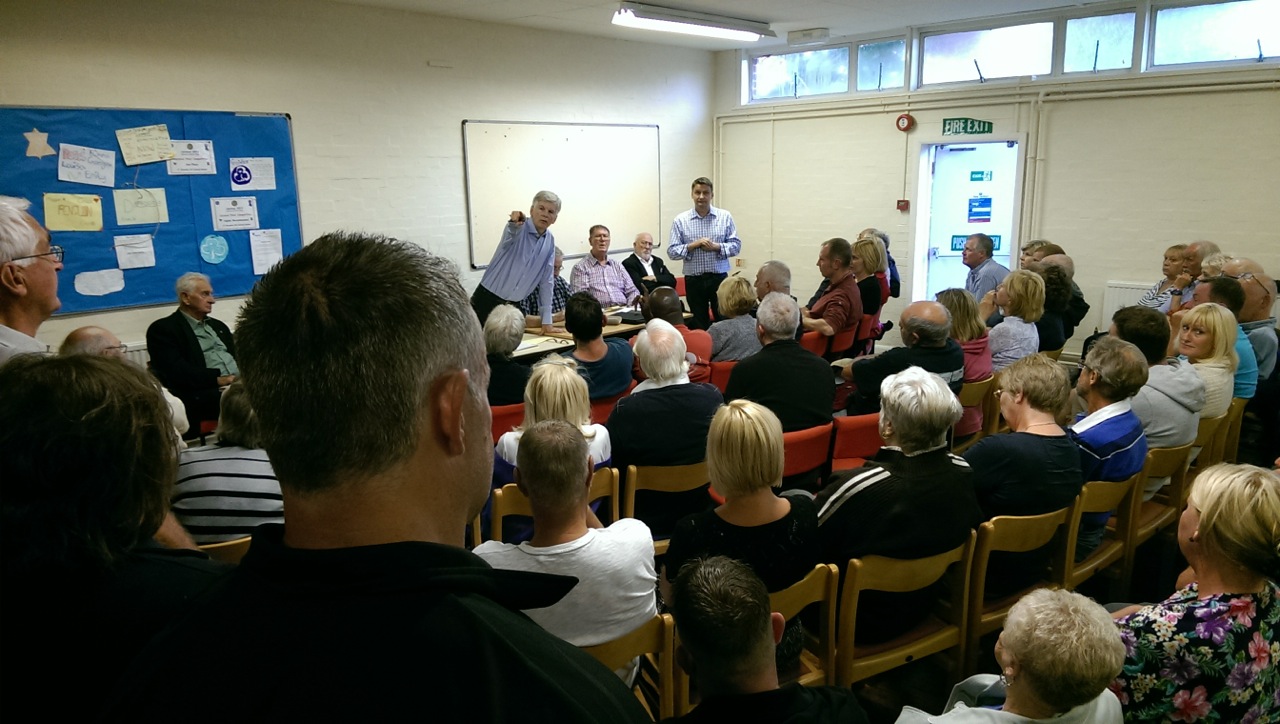 The decision on proposals by Warwickshire County Council to allocate the former Grendon Waste site in Spon Lane in the North Warwickshire village of Grendon as a “Temporary Stopping Site for Gypsies and Travellers” is likely to be made within the next few weeks, a leading county council official, Rod Levy, told a packed meeting of residents at the village Community Centre last night.

Last month residents and Borough Councillors launched a campaign against the proposal. Rod Levy said he recognised the strength of local feeling and only that day he had been told to look at other potential sites away from Grendon.

Mike O’Brien and the councillors called the meeting. Mike explained what had happened. He said, “The county council has been discussing this for some time without telling councillors who represent the village. Both the councillors and residents are furious. Our campaign in recent weeks seems to be working. We should get a result soon. A decision has been brought forward as is likely to be made within weeks. Not only that, but they are now considering other sites. This site in the village of Grendon is unacceptable.”

Grendon County Councillor Peter Morson said, “This is the wrong place for a gypsy site.  Local people are against it and so am I. We need a decision made quickly to go elsewhere. I am pleased that we will know the outcome within weeks.”

Mike O’Brien said, “This application has not yet been put forward for consultation by the county council, but if it is we will be leading the opposition to it.

“The main reason the county council is choosing this site is because it owns the site and it is cheaper for them.  They are not prepared to identify and pay for a better located site for the gypsies and travellers. I am concerned is that the County Council will be deciding their own planning application for this.

“Local people have agreed this particular site will be used for housing. There must be other places elsewhere where Travellers can be better located instead of on a prime housing site in a village.”