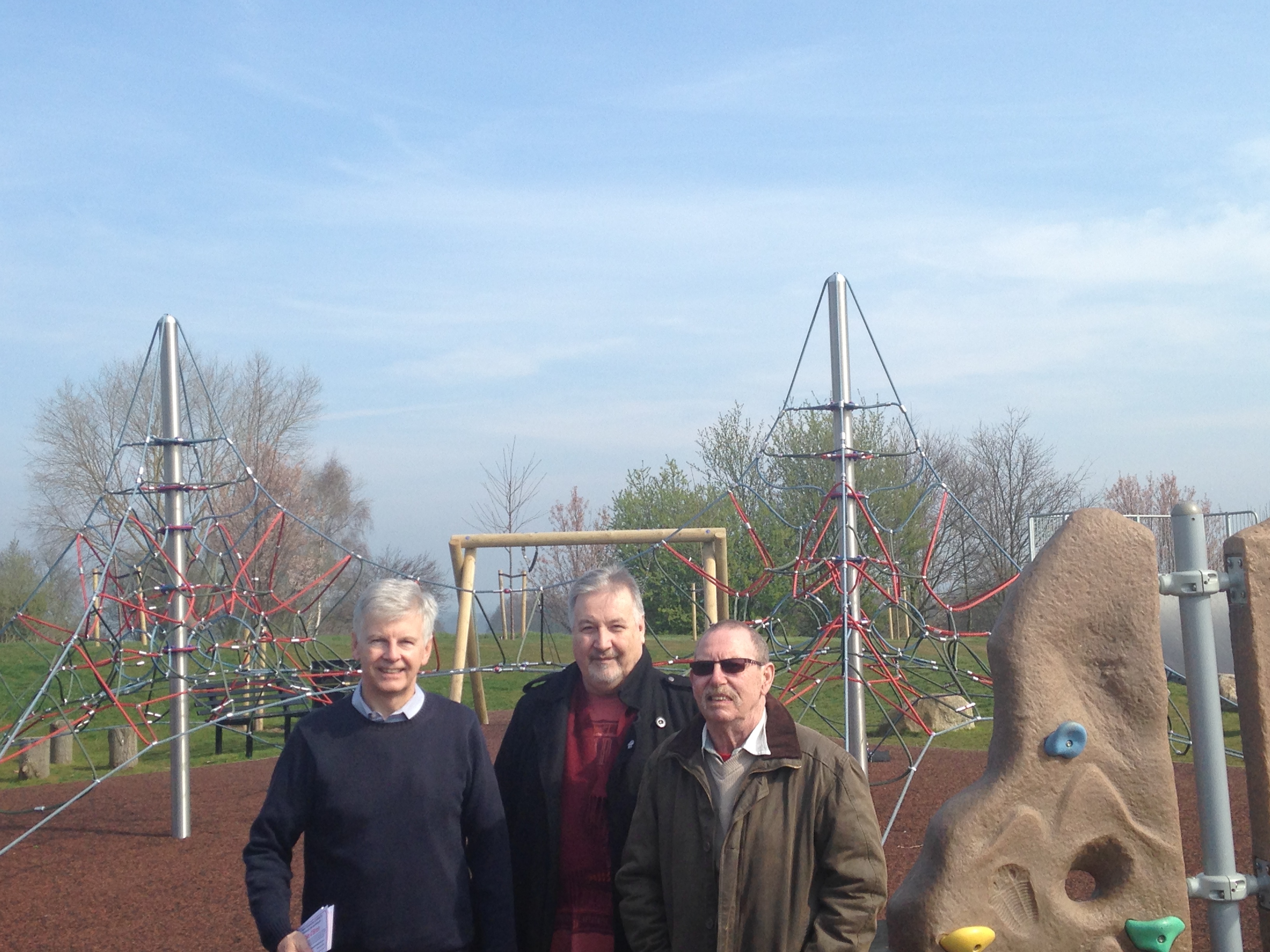 Councillors, the police and local residents have met and set out an Action Plan to tackle disturbances by young people on the newrecreation ground in the North Warwickshire village of Dordon.

The Borough Council had opened the new play area three months ago but since then a number of local residents have raised concerns about underage drinking and anti-social behaviour, including breaking of bottles and general rowdiness, late at night.  Local Councillors Peter Morson and John Winter convened a meeting to agree a way forward.

“We have created a new recreation for the children of the village and for most people it has been a great success; however, unfortunately a minority of youths are making life difficult for residents who live nearby by creating disturbances and drinking later at night. We have agreed an action plan to tackle it.”

“We are going to try these steps to see if we can help local residents. We will do more if it’s needed.

“When Cllr John Winter and I were knocking on doors recently with Labour’s Mike O’Brien, people raise these concerns with us and we have acted upon them.

“The Police records are not showing people reporting concerns, but people say they are reporting it, so there may be an issue with the call centre filtering the reports. The Police will look into that.

“The Police can confiscate alcohol from young people; however, it would be helpful if it was identified on a sign that people are not to drink alcohol in the park.  Additionally, the sign could cover litter, golf and dogs being kept on leads.

“A Dog Control Order is being discussed to get people to keep dogs on leads in the park. That won’t please everyone but there have been problems with a few dog owners who did not have dogs under control.  Again it’s the minority causing problems for the law-abiding majority.

“We are looking at modifying the skate ramp because young people can hide under it and also it currently very loud when youths start banging it.

“I live a short distance from the park so I know that it is cause some issues. It’s a shame, because most people in Dordon are delighted with the new facilities.  It’s just a small group of mischievous youths. We need to deal with them so that other villagers can enjoy the new facility.”