A large public opinion poll conducted in North Warwickshire and Bedworth Constituency in March and April has shown Mike O’Brien is likely to win the General Election in May 2015.  The survey was conducted in between 28 March and 6 May before the European election campaign influenced voting intentions and is therefore believed to better reflect voting intentions outside the European debate.

Worryingly for the Conservative MP Dan Byles is that, not only was the opinion poll financed by the former Conservative Party Chairman Lord Ashcroft for the party, but it showed Mike O’Brien polling ahead of Dan Byles as the more popular person to be MP. 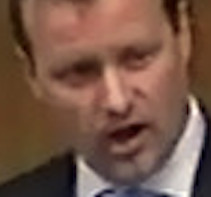 In other parts of the country the Conservatives did better in marginal where they had an MP. North Warwickshire and Bedworth was an exception. The face off between the former and the current MP in this constituency worked against the incumbent.

People in North Warwickshire and Bedworth were asked which Party they would vote for in the General Election the results were Lab 39% Con 32% Ukip 21% LibDem 4% and others 3%. When the local candidates were added the figures showed Mike O’Brien increasing the vote by 5% to 44% whereas Dan Byles has a much smaller increase of only 2% to 34%.  This gave Labour’s Mike O’Brien a substantial 10% lead. 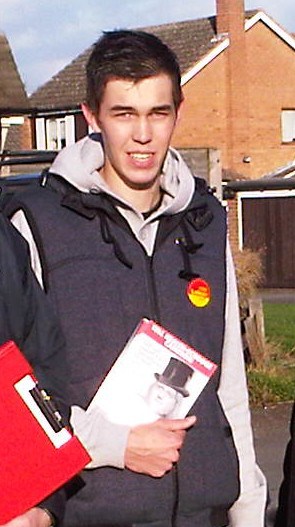 “This is interesting because it is a large poll in the most marginal Conservative held constituency in the country and because its results must be a shock for the Conservatives and something of a personal blow to Mr Byles.

“Other than as an HS2 rebel, he has made little impression, either locally or in Parliament.  Mr Byles has been a low profile MP and has never been asked by Mr Cameron to be a Minister.  By contrast Mike had the reputation of being both a hard working constituency MP and served 13 years as a Minister. Since losing Mike has continued to campaign on local issues, like successfully opposing the privatisation of George Eliot Hospital.

“In 2010 we lost because Labour announced phase 1 of HS2, even though Mike opposed it. 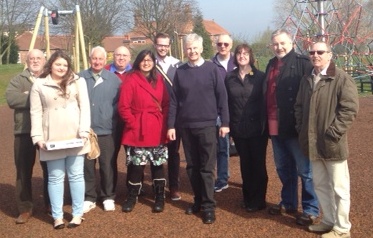 This time the Tories will pay the price of announcing phase2 of HS2, which hits even more of North Warwickshire, even though Mr Byles also opposes it. Whoever wins the election this constituency will have an MP committed to opposing HS2.”

“That said, opinion polls are snapshots and things can change in the next year so Labour will not be complacent about this constituency.  We lost it in 2010 and can’t afford to lose it again.

“The story is the same Labour up and Tories down, except UKIP did better in both boroughs.”