“A Victory for People Power over Privatisation”

The public campaign against the privatisation of the George Eliot Hospital has claimed victory after the government dropped its bidding process to sell the hospital. 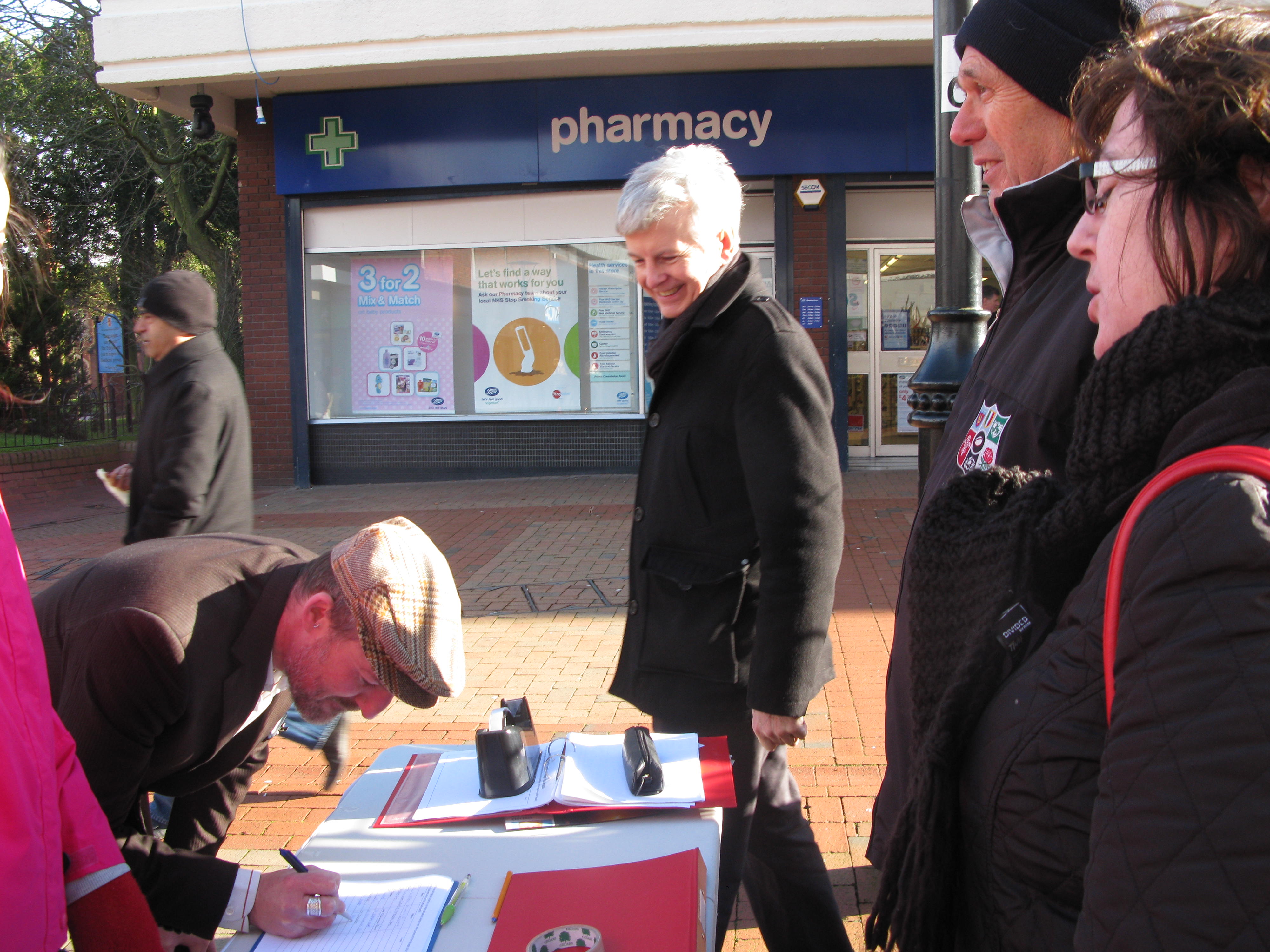 Two years ago, after government rules prevented the Hospital being designated a Foundation Trust, the former Health Secretary Andrew Lansley decreed that a bidding process had to start to allow outside organisations to take it over.  The private sector was to be able to bid to run the hospital. Initially three companies joined the bidding process; they were Care UK, Circle Health and Ramsey UK. There were also two NHS bidders, Warwick Hospital and the Walsgrave Hospital.

The government hoped that if the private sector could take over a small NHS hospital in Middle England, it would be a model for the rest of the NHS.

During 2013 more bidders were sought from the private sector, but things began to go wrong in July 2013 when a national report by Sir Bruce Keogh, the NHS medical director, identified the George Eliot hospital as having “unexpectedly” high mortality levels (death rates) from late 2011. This was unexpected because in 2009, the Hospital had earned national praise for its action in getting mortality levels down. A decision was made to put the Hospital on “special measures”. The George Eliot was offered help by Birmingham NHS University Hospital and that seemed to work well with the hospital showing improvements in performance.

But a perfect storm was brewing. NHS cuts had begun to take hold and the George Eliot was told to slow the number of operations it performed. This not only delayed operations for patients, but the hospital can be paid for operations and its finances deteriorated. It is now running a serious deficit.  The level of interest by the private sector reduced. In January 2014 Ramsey UK said it was no longer interested.  Government rules then excluded the Walsgrave Hospital. The remaining two private companies did a presentation to a stakeholders group a few weeks ago but were reported to be lackluster and poorly informed.  It was clear that the privatisation exercise was coming off the rails.

It was evident there was no public support for privatisation, except from two Conservative MP’s Dan Byles and Marcus Jones, who were increasingly isolated.  On March 27th with elections approaching, Ministers dropped the whole bidding process.

“This is a victory for people power over privatisation in the NHS. I thank thousands of local people who signed our petition.  I thank Unison and Unite for their hard work and strong stand. The staff, the unions and local people made it clear to David Cameron that privatisation of the George Eliot Hospital was unwanted. If the Tories had won here, they would have privatised other hospitals across the country -; and they will try again if they win the next election.

“No one was fooled by last minute attempts by the local Conservative MP’s to use stories in the Nuneaton News to try to distance themselves from it. Privatisation is about the Conservative’s ideological agenda in the NHS.

“This bidding process has distracted the hospital for two years. The Hospital now has the opportunity to try to sort out its financial problems. This victory led by Labour is good news for the Eliot and good for the NHS. This NHS hospital in Middle England is no longer for sale.”