Over 5000 benefited from Food Bank in North Warwickshire

“Over 5000 people have benefited from the Food Bank since we opened in April and this Christmas 65 families got a surprise turkey in their food box,” Bob Treherne told Mike O’Brien on a Christmas visit to the North Warwickshire Food Bank in Atherstone. 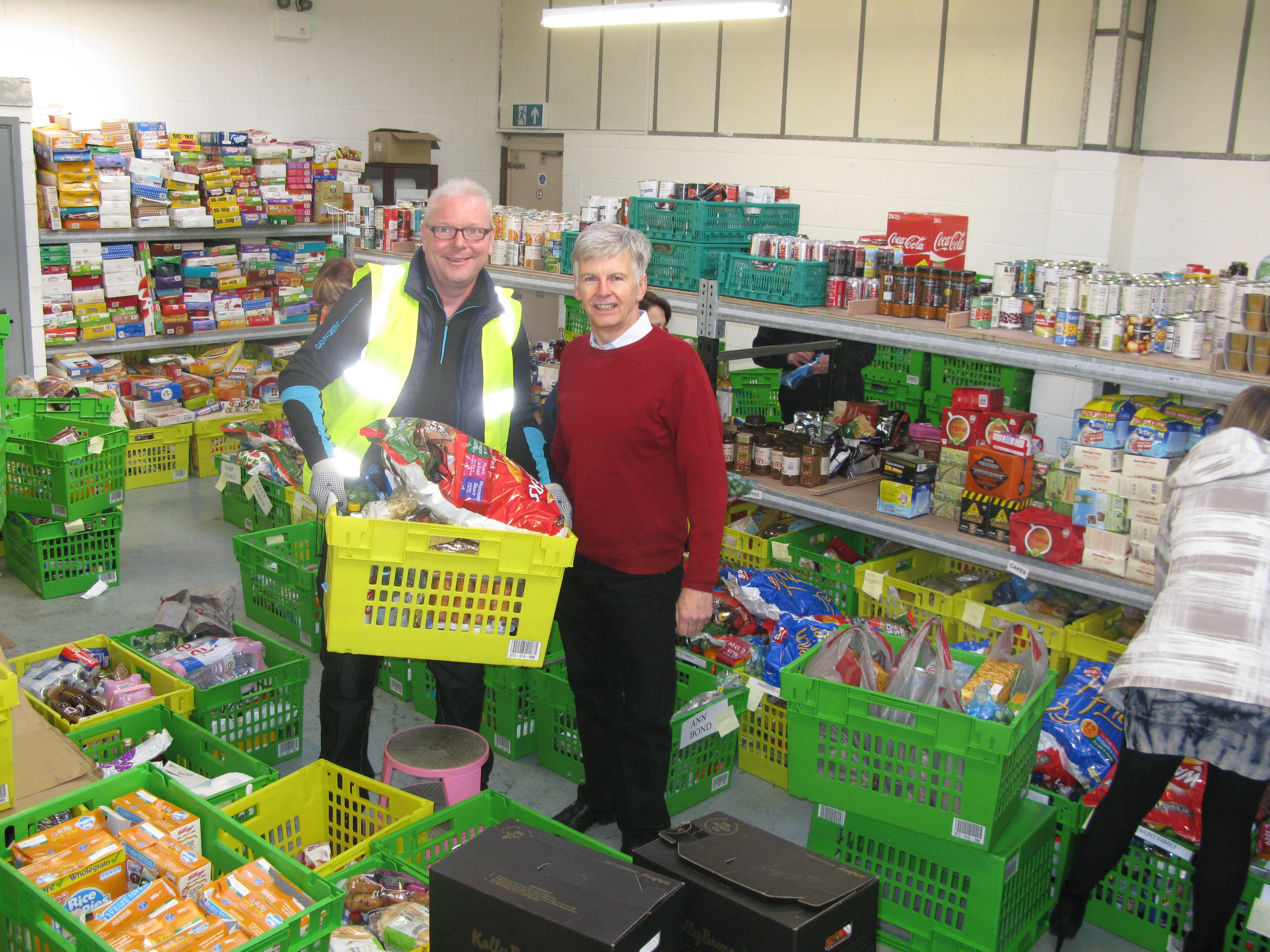 Bob Treherne, who is a Director at North Warwickshire Borough Council had approached the Council Leader Cllr Mick Stanley in February 2013 with the idea of setting up a food bank to help the families in the borough who were struggling in hard times.  The council agreed to the project hoping to help a few families, but after the project started in April the extent of the local need among low income families quickly became apparent and in eight months the project has massively expanded. The needy have been helped by the generosity of local supermarket companies. 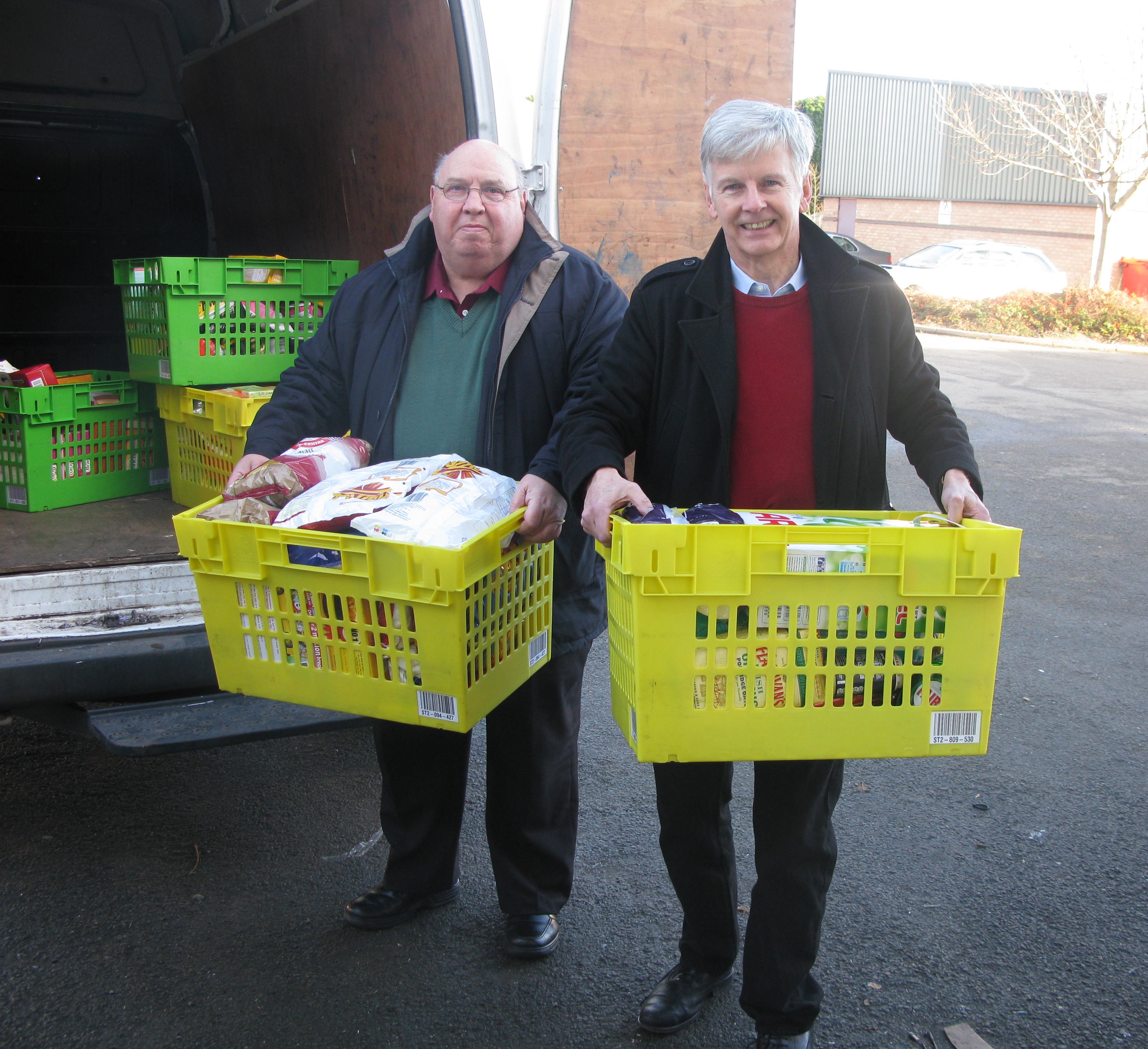 Mike O’Brien the former Government Minister and Council leader Cllr Mick Stanley joined the volunteers who run the Food Bank to help unload the 250 Christmas Turkey’s and other boxes of groceries which were distributed on Christmas Eve.  65 families got a turkey from the food bank and other turkeys went to organisations such as breakfast clubs who help needy local people. 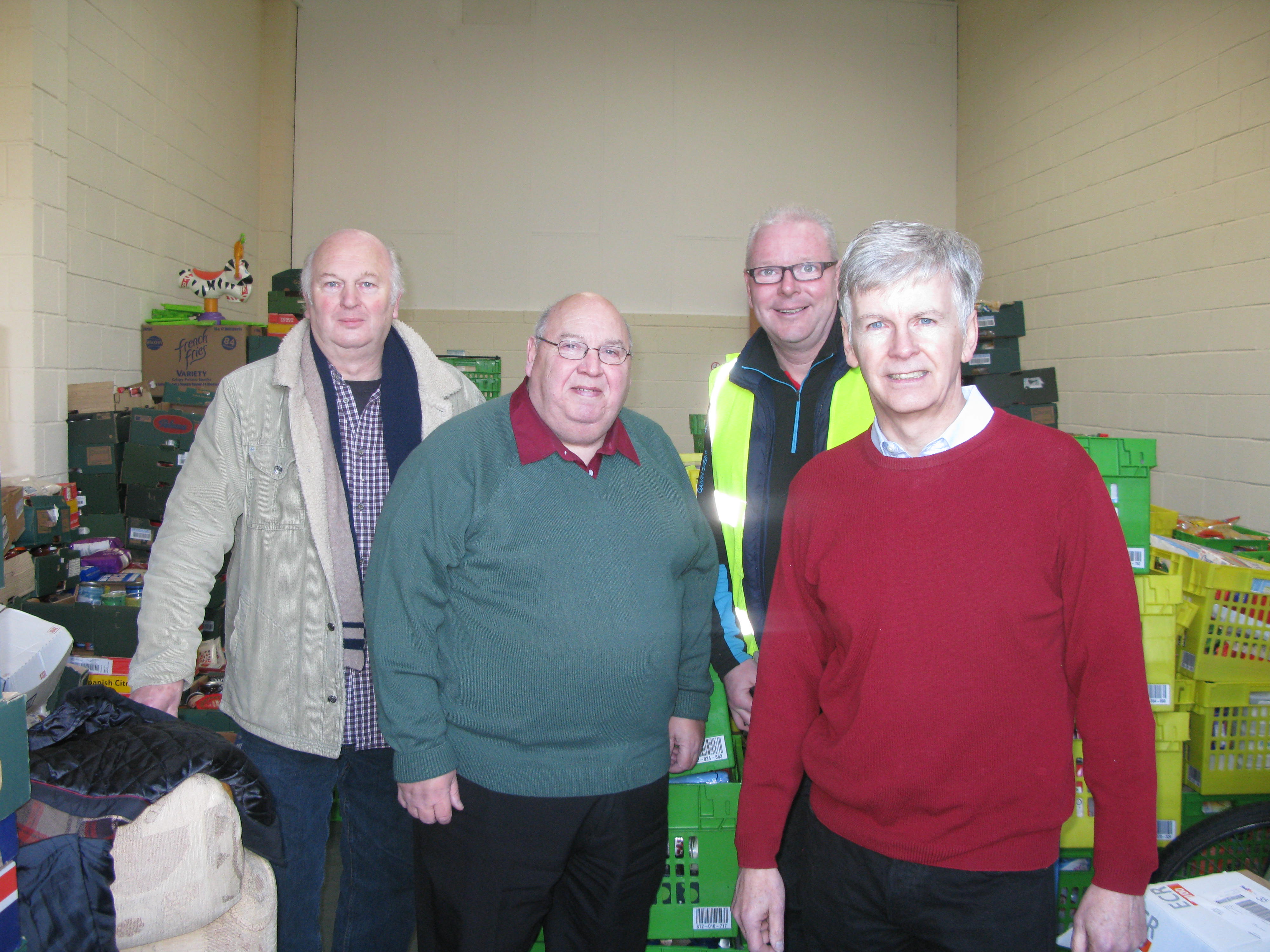 Cllr Hayden Phillips joined the visit. He has been the Borough Council lead in helping Bob Treherne to set up the Food Bank.  A team of volunteers mostly runs the project with support from council employees.

Bob Treherne said, “We help low income families referred to us through agencies.  They are vetted to ensure need. Our numbers have escalated quickly since April; but thankfully we have been brilliantly helped by the charity, Chapter One which gets food from leading supermarkets like Aldi, Tesco’s and Sainsbury’s.  The local company Ocado has been unbelievably generous by giving us the turkey’s and many other things. They have all been so helpful that we have been able to meet the rising level of need.  As energy prices rise so we expect the need for help to rise.” 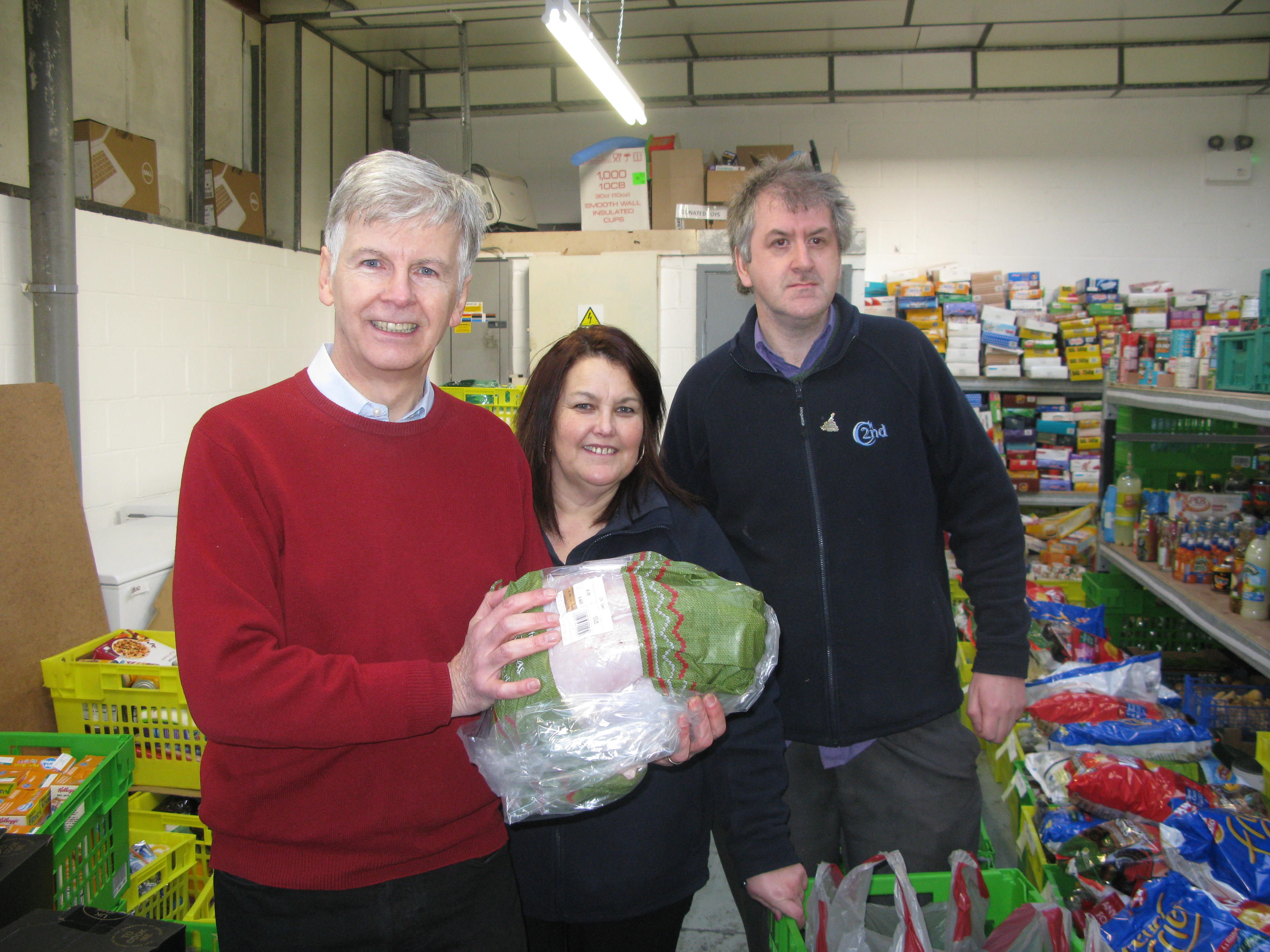 Local charities, the CAB, the housing department and churches identify those in need and they issue a voucher dependent on the size of the family.  The families are then directed to the Food Bank on an Atherstone Trading Estate (the address is not public) to pick up a large box of food. The volunteers put the boxes together and distribute them.  Over 250 families have been identified and helped since April, but by adding the breakfast clubs and other groups who have also been helped the total number of people who have got food from the food bank in eight months exceeds 5000. The Food Bank also donates to the charity, Doorway and other local organisations. 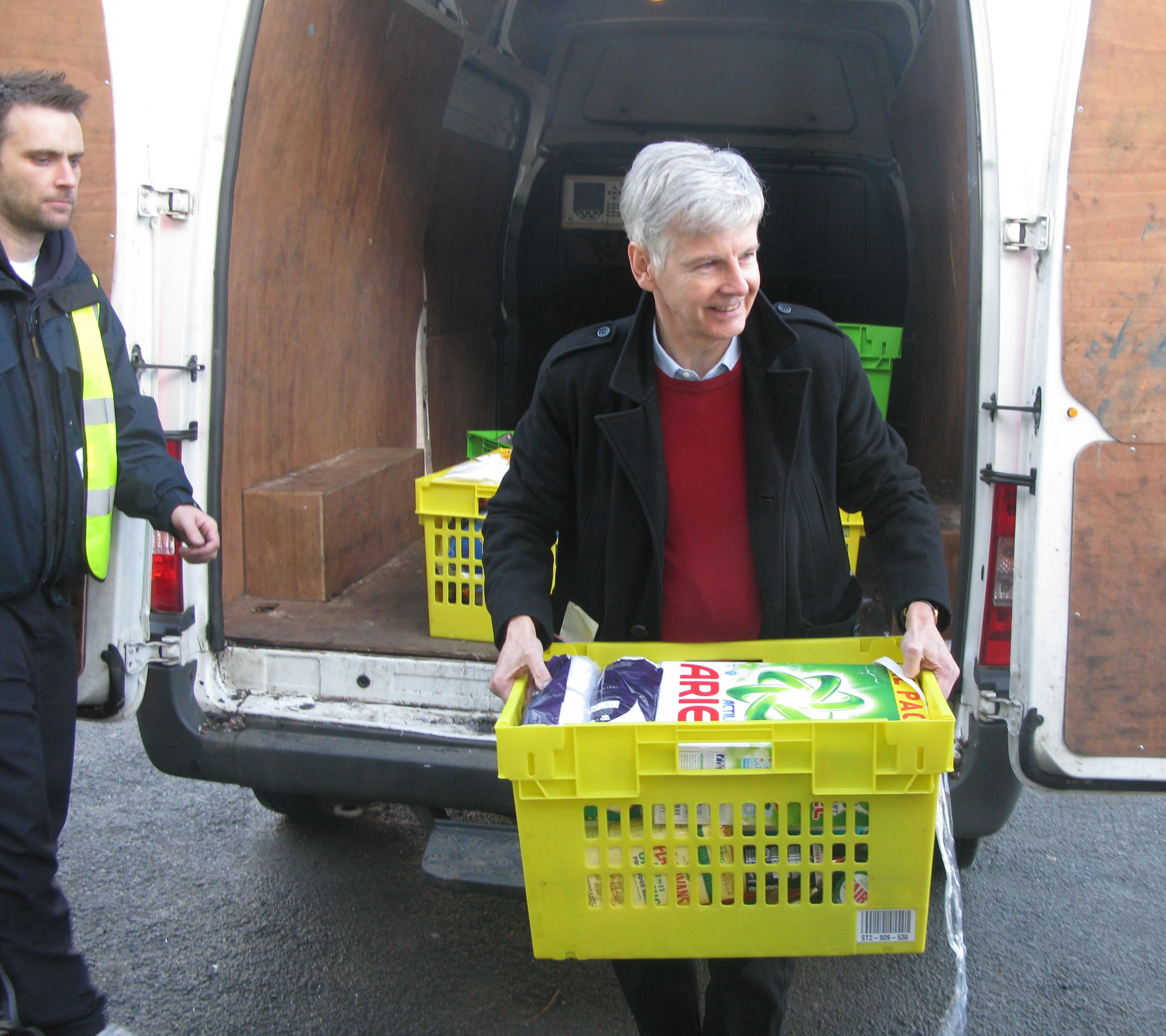 Mike O’Brien was greatly impressed by the effort.  He said, “It was a tremendous idea to set up the Food Bank.  It helps many low income families in our area. I congratulate the volunteers who worked in the Food Bank and gave freely of their time over Christmas. They have shown real spirit of Christmas.  There are many local income families who have benefited from this and all the expectations are very will continue to be an important source of help for the needy in 2014.”