In his New Year message to local people, Labour’s Candidate for Parliament, the former Health Minister, Mike O’Brien, has said the big local issue in 2014 will be the debate over privatisation of the running of the George Eliot Hospital.

“2014 will be make or break for the hospital. By the end of the year either a private company will run it for profit or we will keep it in the public sector run for patients.  This is a massive issue of principle for many of us. The government has chosen to make the fight for the future of the NHS over this small hospital in middle England and we must fight to keep this public service. If by next December the Eliot has not been sold to a private company, then it will be a victory for patients.” 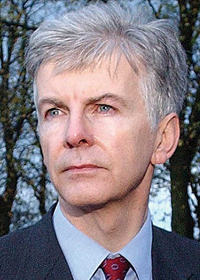 He said, 2014 would see a number of other issues come to the fore.

“We need to challenge the energy companies on price increases. Labour wants a price freeze and to reform the energy market to help consumers.  Local young families need help and Labour is working on innovative proposals to introduce free universal pre-school child care to help mums and dads who need to work, but cant get the child care they need at a reasonable price.

“Thousands of local people are facing a cost of living crisis and in 2014 Labour needs to prove to people that it will stand up for them against the vested interests. People need to know that Britain can do better than this.”

Looking back over the last year Mike said,

“2013 was good for Labour.  Locally Labour won by elections in Bedworth Heath and Atherstone and nationally Ed Miliband dominated the political agenda after pledging to freeze fuel bills up to 2017. But we can take nothing for granted. Labour must continue our campaign on the cost of living crisis.

Labour will tackle payday lenders.  I noticed in the last couple of weeks how loan companies dominate daytime television adverts by offering money at high interest rates to often desperate low income families. We must show how we will help these families and free them from payday lenders.

“But 2014 could be remembered for a national issue if Cameron misplays the Scottish referendum on 18th September.  We could see the break up of the United Kingdom. I am hopeful that the UK will stay together, but it is undeniable that there is a widespread dislike of the Conservatives in Scotland. Labour and the Tories must unite to ensure we win this fight for the UK.”