Atherstone swings to Labour as party takes seat from Tories

Labour are celebrating a strong win in Atherstone Central Ward in the Atherstone Town Council elections and the party almost took Atherstone North Ward from the Conservatives. The Tories held on in North Ward by a slim two votes after a recount.  Mike O’Brien congratulated the new Councillor Chris Clark on his win and Chris Tooby on almost winning.

See photo with Chris Clark centre with glasses and Chris Tooby on right in grey jumper and rosette. Cllr Derek Pickard is on left next to Mike O’Brien. 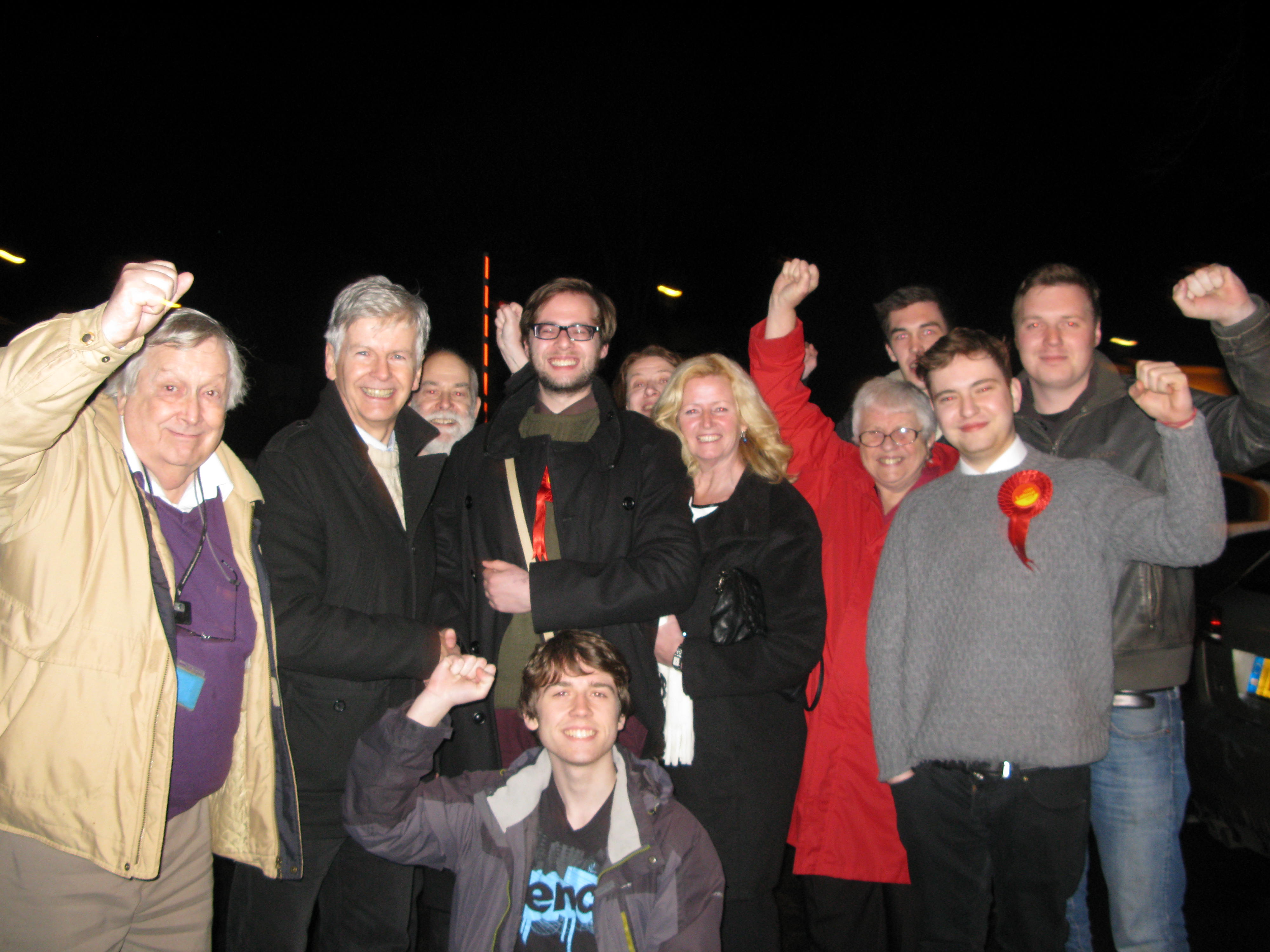 Two Conservative held town council seats were up for election on December 19, 2013 following the resignations of two councillors.

Labour’s Chris Clark aged 27 got more than double the Tory vote in Central Ward on a 13% turn out. Labour got 253 votes, the Conservative got 102 and UKIP 74 votes.

Chris Tooby, another first-time candidate, only lost by two votes.  On a 20% turnout Labour got 169 votes but the Conservatives got 171.  UKIP was on 152 and an independent on 78.

“Labour have had a strong swing to us in Central Ward. We are delighted with our young dynamic candidates. We were hoping to do well but it seems the Tories have had their worst result in their Atherstone wards in a long time.”

Chris Clark thanked the people of Atherstone Central for their support and Chris Tooby thanked the Labour voters who had come out to vote only a week before Christmas.

“The Atherstone Labour party has fought a great campaign, setting out a clear agenda for the Town Council. We are now on course to win the Borough and General Elections.

After the result we went to celebrate and I warned people not to be complacent.  We did well in these two Tory held wards, but it was on a low turn out in mid December. We are on course, but we need to do more to convince people and to solidify our lead in North Warwickshire.”