Response to Dan Byles on the Keogh Report

In response to a press release put out by Dan Byles MP the former health minister Mike O’Brien has said, 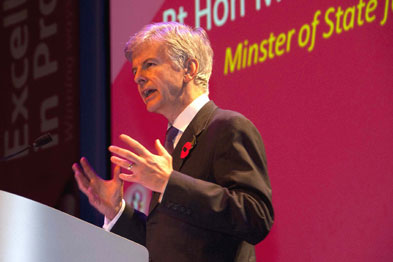 “In an attempt to distract attention from the attempt by the Conservatives to privatise its management, once again Dan Byles is playing party politics with the George Eliot Hospital. His recent press release really looks desperate stuff. He fires a blunderbuss of accusations toward me in the hope that somehow, something will hit. It’s all a bit sad really.

“He claims I did not support the Keogh Report.  The truth is that Sir Bruce Keogh was one of my key advisers as Minister of State for Health.  I know him well, respect him greatly and I supported his review of the George Eliot Hospital.  More importantly I believe the focus for George Eliot Hospital managers in the next year should be to implement the Keogh Report.  The privatisation agenda of the Conservative Party undermines the focus managers ought to have on implementing the Keogh recommendations.

“Under Labour spending on the NHS more than doubled. There were massive improvements in facilities and equipment at the George Eliot Hospital.

“Further, when I was a Minister the mortality figures were falling in 2009/10 and indeed Prof Jarman singled out the Eliot for praise in his report that year. As Sir Bruce Keogh said last July, the rise in mortality figures in mid 2011 came as a surprise to managers and caused him to look at the hospital. The problems arose on Dan Byles watch rather than mine. He should stop the political blame game on this, because he will come off worst.

“The way forward for the Eliot is to drop privatisation, focus on the Keogh issues and keep the link with University Hospital Birmingham.”

Finally Mr Byles then tries to link Mike O’Brien to the Stafford Hospital Scandal. Mike became Health Minister in June 2009 after the problems at Stafford Hospital had been public for some months and on 21 July 2009 he helped set up the independent inquiry by Robert Francis QC into the care provided. The critical inquiry report was published on 24 February 2010. A later public inquiry looked at the wider decision making process for making the hospital a foundation trust. Mike O’Brien has welcomed the candour and thoroughness of the 2 reports by Robert Francis QC.