The Stratford Conservative MP, Nadhim Zahawi, unleashed a political storm when he spoke out on the front page of the Daily telegraph against the government’s new planning laws.

Stratford Councillors have started a campaign asking all councillors to support him by signing a petition on the ‘Number 10’ website calling for changes in what is called ‘the National Planning Policy Framework’ or the NPPF. The NPPF pushes councils to give planning permission to housing developers by threatening that the government will remove a council’s planning powers if they persistently refuse housing applications. At the weekend Labour Councillors in North Warwickshire crossed the political divide by backing the petition. But this campaign has embarrassed the MP Dan Byles who voted for the controversial NPPF.  Mr Byles has responded by attacking the Labour councillors; but he has ignored both the stand taken by his Tory colleague and the concerns that the NPPF has encouraged a number of large scale housing applications locally.

Now Mike O’Brien, the former Labour Minister who will stand for Labour at the general election, has weighed in to support the councillors. He has challenged Mr Byles to engage with the issues raised by the Stratford MP rather than divert attention by attacking Labour Councillors.  He says the Councillors have put aside party politics to sign a petition on the 10 Downing Street website in support of the stand taken by a Tory MP to change government housing policy. He has challenged Mr Byles to do the same. 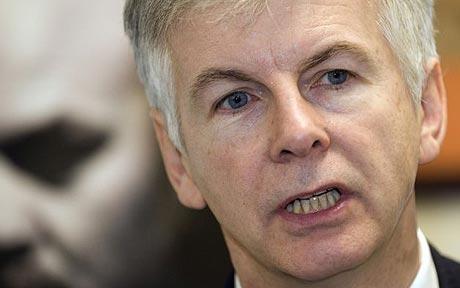 “Dan Byles doesn’t get it. Speculative developers threaten this constituency, encouraged by the new planning law. The Stratford Tory MP recognised the problem so local councillors supported his stand.

“People want an MP who will represent them, not avoid the issue. By contrast Dan Byles has merely resorted to party political jibes and continues to support the NPPF, despite local concern over developers.

“Even worse, his recent comments that towns should not be allowed to build in adjoining boroughs shows he doesn’t know that his own government’s planning law has already enabled Tamworth to add 500 extra houses to the Local Plan for North Warwickshire Borough. Even worse, just before the Local Plan went before the Government Inspector the Tamworth Tories asked for 2,700 houses!  This was an issue in the Local Plan Inquiry at Baddesley two weeks ago. The fact that Dan Byles did not know this shows how out of touch he is with what’s happening locally.

“Contrary to his claims, Labour would toughen the law so that towns must build on their own land before they can make demands on adjoining district councils. Tamworth has just decided to close its council golf course, giving it more space for housing. So North Warwickshire would be better off with Labour.

“The real issue raised by local councillors and local people is the NPPF. Mr Byles supports it and his fellow Warwickshire Tory MP has disowned it. The NPPF has resulted in Grendon, Newton Regis and Atherstone facing speculative building applications. Developers quote the NPPF as justifying their applications!

“Local people are deeply concerned about the NPPF. And it’s not just Labour Councillors.  Tory Councillors are signing up to demand changes to the NPPF and support the Stratford Tory MP.

“Ministers are desperate to build houses before the general election to boost the economy.  Dan Byles should follow the example of the Stratford Tory MP and oppose the NPPF.

“We know the developers like what Tory MP’s have done because they are donating to them, big time. I can reveal that in the Parliamentary Members Interests Book, Dan Byles has just declared his North Warwickshire Association got £10,000 from a company owned by the multi millionaire developers, the Richardson family of Dudley.  I call on him to justify accepting donations from big developers, at the time when developers are threatening places in this constituency.”

Meantime, the Planning Minister, Nick Boles MP, has now promised that Government policy will go further. In a speech in January he has said he will bring further reforms in April this year aimed to “significantly cut the burdens of unnecessary planning applications” and “save the industry precious time and money”.

“[The Department] is bringing in reforms which will significantly cut the burdens of unnecessary planning applications, help local authorities and developers reduced the administration involved in Environmental Impact Assessment cases, and simplify the listed building consent system.

“These policies will save industry precious time and money, allowing businesses to move forward productively without the constraints of heavy handed and unnecessary regulation.”

He promised that the Coalition would unveil a package of measures in April to help meet its target of building hundreds of thousands of new homes to help stimulate the economy.