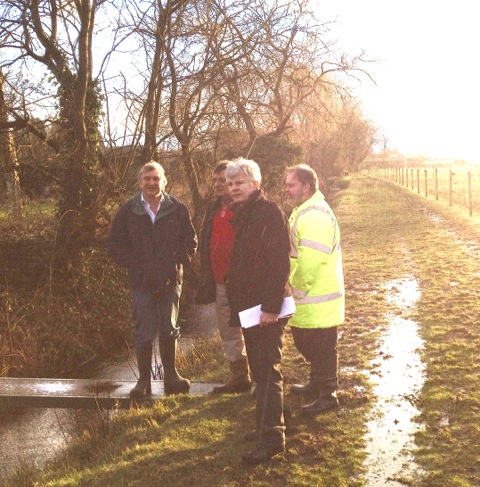 Lord Chris Smith, the Chairman of the Environment Agency has been asked to intervene after problems arose with work on flooddefences near the village of Whitacre Heath in North Warwickshire.  The aim is to reduce the flood risk to 304 homes and businesses.

Mike O’Brien, who served as a Minister with Lord Smith, has asked him to seek funding to complete the flood defences around the village.  The letter was sent last month after Mike O’Brien met with the Chairman Cllr Keith Woodward and Vice Chairman Cllr Tony Rumble of the Parish Council to discuss the flooding.

Mike said, “There is work underway but there is concern that some parts of the project will not be funded. I have taken the matter up after meeting with Parish Councillors.”

A copy of the letter is below.

I recently met with Parish Councillors representing the village of Whitacre Heath in North Warwickshire Borough who raised serious concerns about flood defences.  The Environment Agency has looked into this matter and had identified a strategy for addressing the serious flooding problems in the area. Substantial sums of money have already been expended by the Environment Agency, however a number of problems have now arisen which I need to bring to your attention.

I am taking these matters up at the request of Parish Councillors. I was the Member of Parliament for the area for 18 years and will seek to reclaim the seat.  I have taken up matters in the past for the Parish Council and so the Chairman and Vice Chairman asked me to look into this matter.

In the light of recent floods and the commitment by the Prime Minister that the government will find the money necessary, I am writing to ask the Environment Agency to reconsider its position and to provide the level of flood security that local residents deserve.

The village itself lies in the valley of the River Tame.  On the north west there is a raised railway track from Whitacre junction to Tamworth. Just beyond the track are the Lea Marston Settlement Lakes which flood from time to time.  To the west and south the River Tame flows around the village near the Shustoke Reservoir.

The Agency agreed that the area was subject to flooding and proposed the remedial measures. So there should be no disagreement about the risks to the area or the need for some work to be done. An extensive flood bank has already been raised by the Agency to prevent the River Tame flooding Cottage Lane and south of the Birmingham Road.  A further flood bank is being built just to the west nearer to the Birmingham Road. It was intended that this second bank cross the Birmingham Road and up to the railway embankment to the north-west.

The railway embankment protects the village from flooding from the Lea Marston Settlement Lakes.  Once the flood embankments are all in place there should be an adequate barrier, except that there are two large culverts in the railway embankment.  It had been understood that these two culverts would be blocked but it appears that the Agency no longer has the resources to do this. This is odd because the culverts are large and will take a lot of water.  If the Lea Marston Settlement Lakes flood then the water will course through the culverts and flood the area around Coton Road and probably more extensively.  This will put at risk a significant number of properties. I have been to see the culverts with the Councillors.  On the face of it, it is difficult to understand the cost implications of closing the culverts. It may be that there are on going costs of diverting the streams which go through them if the culverts themselves are blocked. I ask that the Environment Agency reconsiders its position and decide to close these culverts and divert the streams. 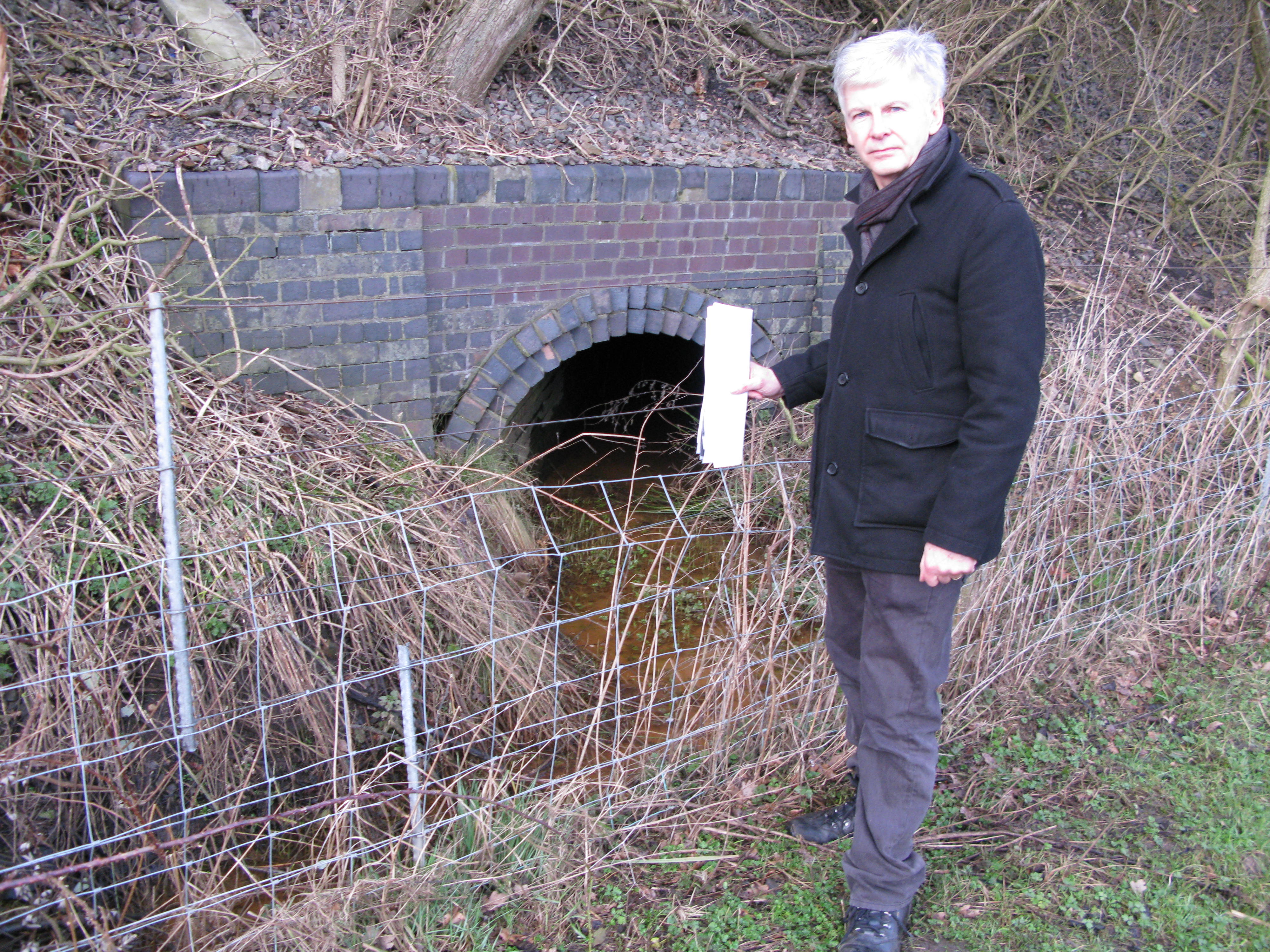 The Coton Road cuts through the proposed flood banks. It seems obvious that a gap in the banks will cause the water to flow through the gap at the low lying road. This will flood the area.  I understand the cost of raising the road to a level commensurate with the banks would be considerable.  The problem is that the failure to raise the road compromises the efficacy of the floodbanks. In other words without raising the road the floodbanks will not do their job of preventing flooding. I ask that the Environment Agency reconsiders its position and decides to raise the Coton Road to ensure that the flood protection works.

Miss Sue Russell lives and runs a business at the junction of Coton Road near to where it meets the railway embankment. Since the start of 2014, Miss Russell has been flooded on six occasions. Other houses on Coton Road have also been affected. 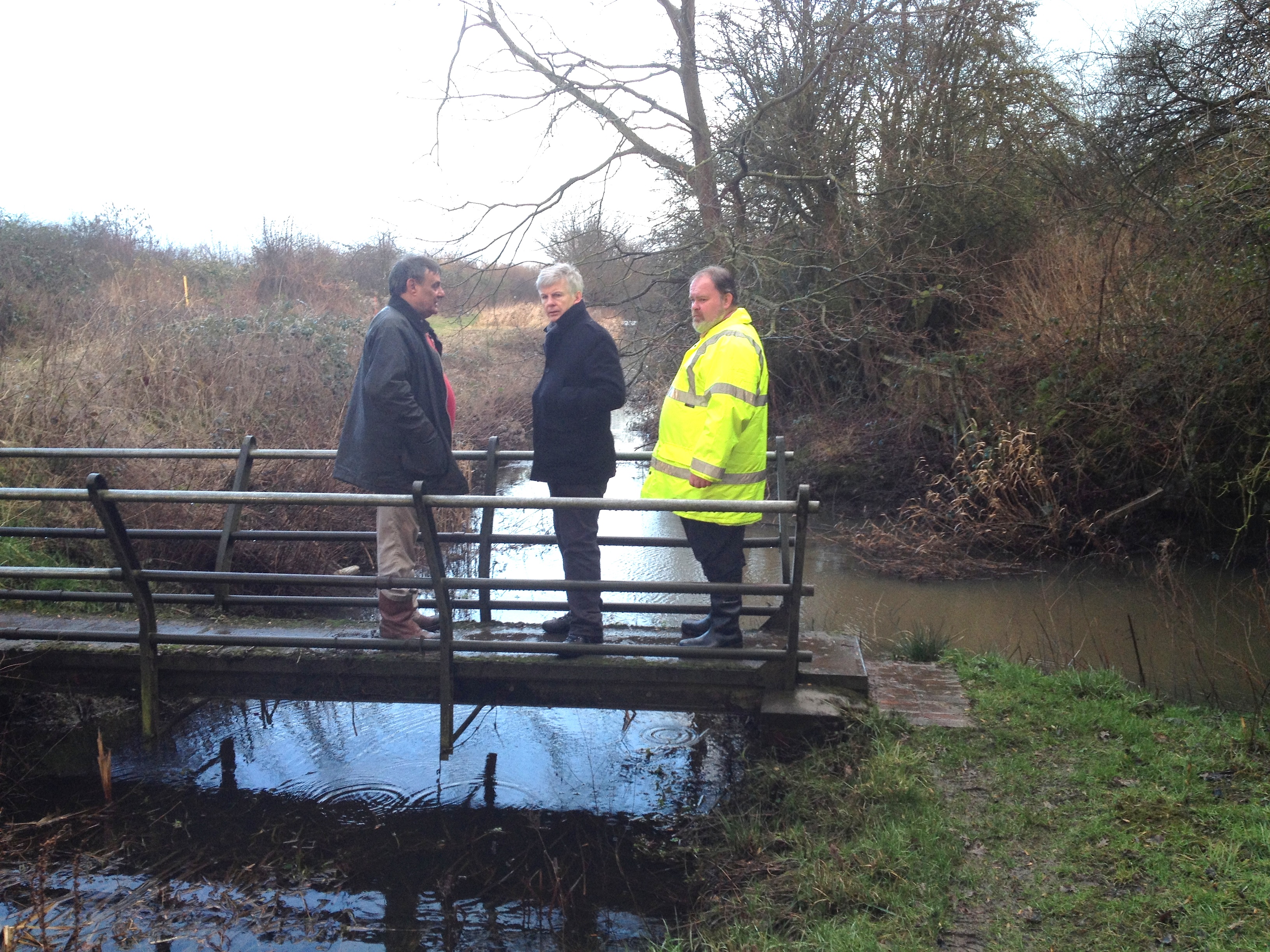 We have seen recently that short term cost savings on flooding can lead to long-term serious consequences for local residents, as well as the government and the Environment Agency.  That is why this letter is sent to you in the context of commitments by ministers and the Environment Agency to do more on flooding.  This is a project already underway. The Environment Agency accepts the need for the work. The only issue appears to be the availability of money. It would be tragic if financial constraints lead to the sorts of problems in the village of Whitacre Heath that we have seen in other parts of the country.  Please look again at these issues.