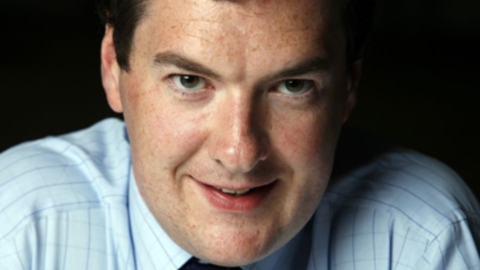 The Chancellor George Osborne turned up in Nuneaton to highlight his plans for building massive housing developments with new incentives for developers in his budget.

The MPs in the local area, Marcus Jones and Dan Byles have dutifully supported the Chancellor’s budget plans, hoping that people would forget that they had opposed new large-scale housing developments in their constituencies and had tried to blame Labour for them.

The visit was to Barratts Homes in Camp Hill, which is an uncontroversial development, but Marcus Jones MP has opposed the largest house building plan at nearby Weddington and Dan Byles MP claimed to oppose the housing developments at Bedworth Heath and others in North Warwickshire. Mr Byles appeared only two weeks ago an inquiry to oppose new housing at Grendon and attacked the Labour Council. Last year both MPs voted for the new National Planning Policy Guidance, which has enabled the various developments to take place.  It is dissipated that they will loyally vote for the Chancellor’s budget proposals to help house building. But some months ago when they realised residents were generally unhappy about the new housing in various areas, both MP’s tried to jump on the bandwagon and loudly blamed Labour Councils in the press and in leaflets for the house building.

Vicky Fowler, who will stand for Labour in Nuneaton in the General Election said, “In Nuneaton working people are on average £1,600 a year worse off under the Tories, people have faced 24 tax rises and energy bills are up £300 since the election. The budget did not mention, let alone help ordinary people with the cost of living crisis.

“It is incredible that after Marcus Jones has spent much of his time opposing housing developments across the borough, he has the front to invite George Osborne to Nuneaton to look around a popular house building site that Labour helped to deliver.”

Mike O’Brien said, “The MPs tried to con local people, but the visit of George Osborne has exposed their hypocrisy. Today in Nuneaton the Chancellor has signed the Conservatives up to more large-scale house building in the area. This leaves Marcus Jones and Dan Byles with egg on their faces. For months they have done one thing in Parliament and another in the constituency.  They have supported developers down there but told residents up here they oppose developers.

“The MP’s have blamed Labour Councillors for the housing.  Now the Chancellor has claimed credit for it. George Osbourne has puts the MPs on the spot.  Do they want the developments they voted for or not?”

In November Dan Byles admitted in in a Parliamentary Declaration Of Members Interests that his constituency association had received a new £10,000 donation from commercial property developers last August.