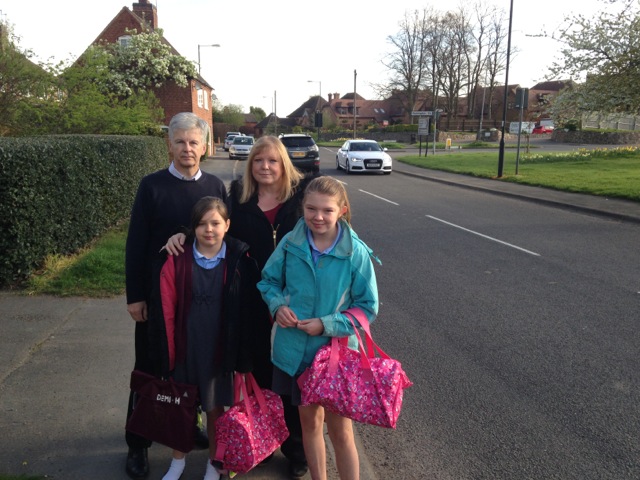 A Coleshill Mum has started a campaign for new traffic lights and a crossing on Coventry Road, because it is too dangerous for thehundreds of children who daily cross it to get to school the schools in Packington Lane.

Donna Hebblethwaite who lives in nearby Stonebridge Road said,

“Children need to cross Coventry Road every day and it is very busy in the morning rush hour. We need a crossing urgently. I don’t want to see someone’s child killed trying to dodge between cars.”

Packington Lane in Coleshill has three schools on it and the new Coleshill Leisure Centre will open later this year. The Lane joins the Coventry Road, which is the busiest road in the town. Parents and children, who need to cross Coventry Road to get to the schools, often have to wait for a gap in the traffic.

Mrs Hebblethwaite contacted Mike O’Brien to ask him to support her campaign and at 8.30 on a school morning took him for a walk along Coventry Road from ‘Springfields’ to St Edwards School in Packington Lane to show him the problems.

Mike O’Brien said, “Coventry Road is a busy road. I walked with Donna  Hebblethwaite and her daughters Hollie and Demi from Springfields to the top of Packington Lane.  At the junction with Packington Lane we had to wait five or six minutes for a gap in the traffic to get across before walking to St Edwards School.  I strongly support the need for traffic lights and a crossing. 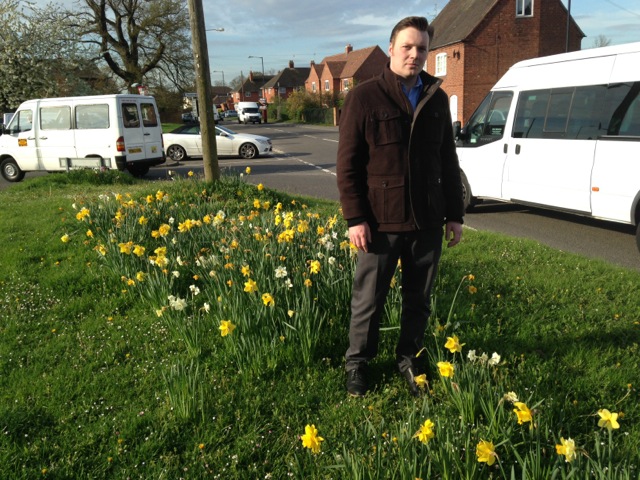 “I understand the county council has the money for the traffic lights but there have been long delays in doing anything.  Apparently they wanted it installed down near Springfields, but that’s too far away. If it’s near Springfields, then the children will also have to cross Packington Lane to get to school.  To be safe it needs to be where people actually cross the road, probably by the red Post Box at the junction of Coventry Road and Packington Lane. We need a sense of urgency about this.”

The campaign has an on line petition calling for the new crossing to be installed at http://www.coleshilllabour.co.uk/new_crossing_in_coleshill